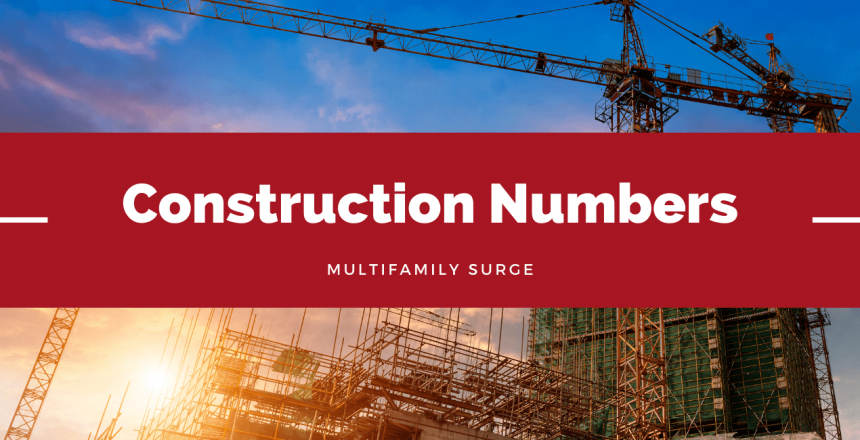 Welcome back to iLeads Mortgage Market Minute, where we bring you the latest, most relevant news regarding the mortgage market. We hope you enjoyed last week’s edition where we talked about Student Loan Debt Holding Back Majority of Millennials from Homeownership. This week we’re bringing you: Construction Numbers Pushed Higher by Multifamily Mortgage.

Renter market picks up in suburbs*

American suburbs surrounding the nation’s 50 largest metropolitan areas gained a total of 4.7 million new residents since 2010, with 3.7 million of them renters, according to a report by nationwide apartment search website RENTCafé on U.S. Census Bureau data.

Today, an estimated 21 million people rent a suburban home in one of 50 largest metros. On average, renters made up 39% of the suburbs surrounding these metros.

Out of the 1,105 suburbs analyzed, a total of 242 are renter-dominated, 103 of which were owner-dominated 10 years ago. This represents a 69% increase in the number of suburban areas where renters are the majority, according to the report.

Lenders mandated to use FHA Catalyst for appraisals*

Starting March 14, 2022, all lenders must use the FHA Catalyst appraisal module

The announcement comes after more than a year’s worth of efforts by the FHA to streamline and modernize their FHA loan origination and claims process.

Last year, the module was introduced as a pilot with no set deadline for lenders to transition.

According to the administration, this gave mortgagees and their designated technology service providers time to make “necessary adjustments to their systems and processes, including onboarding activities.”

However, after that date, appraisal submissions for all cases, regardless of previous submissions, must be delivered through Catalyst. Meanwhile, lenders with HECM cases may use the module immediately, the administration said.

The FHA Catalyst platform has been a bright spot in the Department of Housing and Urban Development’s outdated IT structures.

A HUD Office of Inspector General report published earlier in the year said that “to date, FHA Catalyst has been referenced as the most successful effort due to its increased efficiencies and cost savings results.”

Once fully deployed, the platform will allow the decommissioning of at least 11 outdated legacy HUD IT systems, which will save close to $20 million annually, the IG added.

Housing permits were issued at a seasonally adjusted annual rate of 1.728 million units, a 6.0 percent increase from the 1.630 million permit rate (revised down from 1.635 million) in July and 13.5 percent higher than the 1.522 million number in August 2020.

Analysts had expected permits to pull back from the July pace. Those polled by both Econoday and Trading Economics had projected permits at 1.6 million units.

Single family permits were only fractionally higher than the prior month, a 0.6 percent gain from 1.048 million to 1.054 million units. Permits for construction in buildings containing five or more units rose 19.7 percent to 632,000 units and were 52.7 percent above the rate a year earlier.

Starts declined by 7.0 percent in July but recovered some of those loses last month, rising 3.9 percent. Builders began construction at a seasonally adjusted annual rate of 1.615 million units. The 1.534 million rate originally reported for July was revised upward to 1.554 million.

Starts also exceeded expectations. Econoday’s analysts had forecast a start rate of 1.575 million units and those polled by Trading Economics reached a consensus of 1.555 million.

Single-family starts declined from July’s 1.107 million rates (revised from 1.111 million) to 1.076 million, a -2.8 percent change. Multifamily starts, however, were 21.6 percent above the July rate and surged 60.1 percent year-over-year.