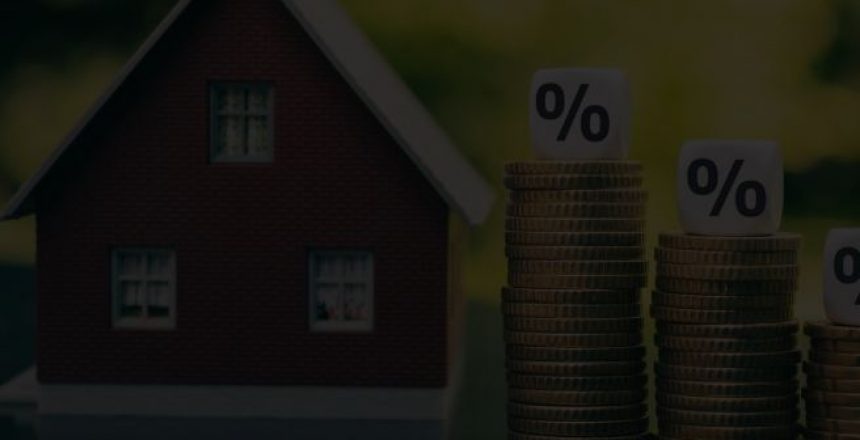 Welcome back to iLeads Mortgage Market Minute, where we bring you the latest, most relevant news regarding the mortgage market. We hope you enjoyed last week’s edition where we talked about Mortgage Rates Moving Higher After Inflation Data. This week we’re bringing you:

For every one person who left low-tax states in the last eight years, an average of four people moved into those same states, according to a new report from Redfin.

The trend is reversed in high-tax states, where an average of 2.5 people left for every one person who moved in.

Nevada, Florida, South Carolina and Texas top the list of low-tax states attracting new residents. Florida, specifically, has the seventh-lowest tax rate in the country and gained more residents than all but four other states from 2013 to 2020. For every seven people who moved into Florida, just one person left.

“A lot of people are moving into Jacksonville, Florida, from places like California and the East Coast because they can work remotely,” said Heather Kruayai, a Florida-based Redfin agent. “They figure it’s a pretty good deal to pay no state income tax and live at the beach. Competition and prices are up and supply is down this year, partly due to those out-of-state buyers who sold homes in expensive markets and are buying homes using cash in Florida.”

Texas, with the eighth-lowest tax rate in the country, also saw five people move in for every person who left.

“Three-quarters of my clients are moving to Austin from the Bay Area, and some are coming from other parts of California or New York,” said Andrew Vallejo, an Austin-based Redfin agent. “There are a lot of reasons to move to Texas, but for many homebuyers the fact that there’s no state income tax is one of the most attractive things. Low taxes are also motivating big companies like Tesla, Apple and Google to open offices in Austin, which brings in even more people.”

Construction Starts Pulled Back in April Due to Supply Problems*

Housing starts fell back from the annual rate of 1,733,000 units reported for March. Residential starts in April were down 9.5 percent to a seasonally adjusted annual rate of 1,569,000 units. This was also a slight rollback for the March estimate, which was originally reported at 1,739,000 million units. At that level, they were the highest since June 2006 and represented a 19 percent jump from February. Even with April’s pullback, starts during last month are up 67.3 percent from a year earlier when the nation was in the midst of the pandemic lockdown.

After the surge in April, a slight retreat was anticipated, but analysts surveyed by Econoday had expected they would remain above 1.7 million. The Census Bureau/Housing and Urban Development report, however, came in below their lightest estimates. The consensus was 1.705,000 units with a range from 1,600,000 to 1,770,000.

Just 2.1 million homeowners remain in some form of mortgage postponement

Mortgage forbearance exits picked up steam last week as the the total number of loans in forbearance dropped by 14 basis points to 4.22% of servicers’ portfolio share, according to the Mortgage Bankers Association‘s Forbearance and Call Volume Survey. With last week marking the 11th straight week of declines, the number of borrowers in forbearance is now at 2.1 million – officially less than half of the survey’s recorded high in June of 2020.

Because of robust exits, all investor types experienced some sort of decline alongside forbearance requests dropping four basis points to the lowest level since March. In particular, portfolio loans and private-label securities (PLS) dropped a massive 29 basis points to 8.26%.

“The opening of the economy, as the successful vaccination effort continues, should lead to further reductions in the forbearance share,” said Mike Fratantoni, MBA’s senior vice president and chief economist. “However, many homeowners continue to struggle.”

By stage, only 11.9% of total loans in forbearance are in the initial mortgage forbearance plan stage, while 83% are now in some form of extension. Of those in forbearance extensions, more than half have been in forbearance for more than 12 months, Fratantoni noted. As for the remaining 5.1%, those borrowers are considered re-entries.

As the remaining half of borrowers wade out their mortgage forbearance plans, the economic makeup of those exiting has shifted in recent months. A rising number of exits are resulting in loan deferral and partial claims ― 27.1% of all exits for the period from June 1, 2020, through May 9, 2021.

Mortgage rates were at their lowest levels in several months by the beginning of last week. They spent the next several days moving higher (especially on Wednesday after higher-than-expected inflation numbers), but leveled off by the end of the week. Now this week, rather than take a strong stand, for better or worse, rates are remaining almost perfectly unchanged, on average. That’s not a terrible thing, depending on one’s perspective.

In the big picture, the fact that the average lender can still offer conventional 30yr fixed loans in the low 3% range for strong scenarios means rates have almost never been lower. In the shorter run, however, borrowers who were in the market for a purchase or refinance at the beginning of the year would be seeing rates anywhere from 0.25-0.50% higher depending on the scenario and the specific timing.