New Home Sales Fall To Lowest Pace In A Year 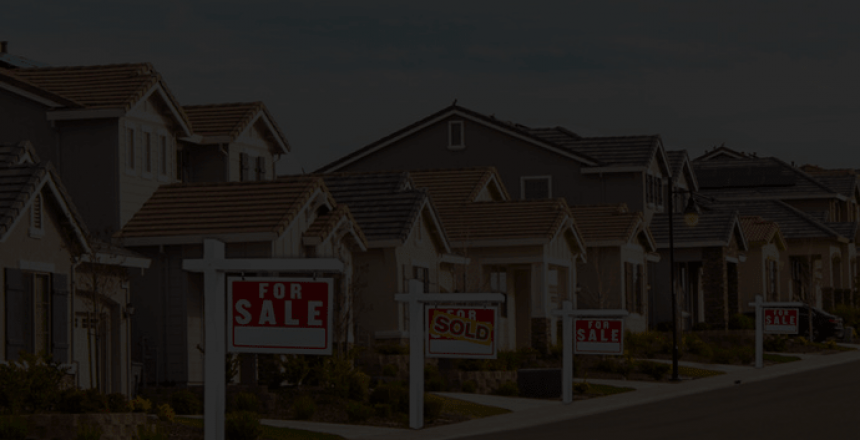 Welcome back to iLeads Mortgage Market Minute, where we bring you the latest, most relevant news regarding the mortgage market. We hope you enjoyed last week’s edition where we talked about Homebuilder Confidence Falls to Lowest Level Since August. This week we’re bringing you:

Mortgage Rates Edge Down to Best Levels in a Week*

Last week’s announcement from the Federal Reserve was the last major shake-up for mortgage rates, sending them quickly higher on Wednesday afternoon. Since then, things have been improving gradually, even if a bit unevenly.

Mortgage lenders have been hoping for a little more stability, and today they got it. The bonds that underlie mortgage rates had their most stable day since before the Fed meeting and they also managed to do that while trading at or near the best levels over the same time frame. The result is the lowest mortgage rates since last Wednesday morning for the average lender.

All that having been said, today’s movement was small compared to last Wednesday. It’s taken a string of small gains to equal HALF of the damage done on Wednesday afternoon. In other words, we may be at the best levels in a week, but we’re only halfway back to pre-Fed rates.

For top tier conventional 30yr fixed scenarios, purchase loans are being quoted in a range near 3.0% and refinances an eighth to a quarter of a point higher.

For the second week in a row, mortgage applications increased — this time, up 2.1% for the week ending June 18, 2021, per the latest report from the Mortgage Bankers Association.

The 30-year fixed mortgage rate also rose to 3.18% — the highest level in a month, according to the MBA. Purchase activity was higher for the third straight week, according to Joel Kan, MBA’s vice president of economic and industry forecasting.

U.S. inflation jumped from 1.68% in February all the way up above 5% by June, per last week’s PMMS report from Freddie Mac. If the fed were to tighten policy, Fannie Mae’s ESR Group expects this to drag on upcoming housing market growth and even stifle home sales, house prices, construction and mortgage originations.

“While mortgage rates are low, purchase demand has weakened over the last couple of months, primarily due to affordability constraints stemming from high home prices,” Sam Khater, Freddie Mac’s chief economist. “With inventory tight, the slowdown in demand has yet to impact prices, meaning the summer will likely remain a strong seller’s market.”

Calabria is Out at FHFA*

On Wednesday morning the Supreme Court ruled that the statutory restrictions on the president’s ability to remove the chairman of the Federal Housing Finance Agency (FHFA) violates the Constitution’s separation of powers. Within hours the White House announced it would be replacing Mark Calabria who currently holds that position.

The decision, in a case now known as Collins v Yellen, was similar to Seila Law v The Consumer Financial Protection Bureau (CFPB) which was decided last year in favor of the plaintiffs. Both FHFA and CFPB were created during the housing crisis and had similar independent structures, each headed by a single chairperson for a five-year term. Neither chairperson could be removed from office except for cause.

The Collins case, however, had an additional component. The suit was brought by shareholders of GSE stock who contended that the 2012 revisions to a 2008 agreement between the GSEs (Fannie Mae and Freddie Mac) and the U.S. Treasury were invalid due to the unconstitutional structure of the agency.

New home sales fall to lowest pace in a year*

Sales of newly built, single-family homes fell to the lowest pace in a year, down 5.9% in May to a 769,000 seasonally adjusted annual rate, according to data released Wednesday by the Department of Housing and Urban Development and the U.S. Census Bureau.

Regionally, new home sales rose in two of the four regions in May. Sales grew 33% in the Northeast, 6.7% in the West, were flat in the Midwest, and down 14.5% in the South.

Against the backdrop of the COVID-19 pandemic, new home sales are still 9.2% above where they were a year ago, when COVID-related procedures froze the new home market in place.

A new home sale occurs when a sales contract is signed or a deposit is accepted. The home can be in any stage of construction: not yet started, under construction or completed. For new homes, that supply is sitting at roughly 5.1 months at the current sales rate. Supply-side challenges remained a persistent issue, with the count of new homes sold that had not started construction, up 76% over the last year.

“New home prices have increased over the last year due to higher material costs and delays for deliveries,” said Chuck Fowke, chairman of the National Association of Home Builders. “Policymakers must take action to improve supply-chains in order to protect housing affordability.”

While lumber costs have come down in recent weeks, they are still more than 210% higher than a year ago, Fowke said. Prices of oriented strand board (OSB), the material used most prominently for sheathing in walls, flooring and roof decking, are up 380% over the last year.