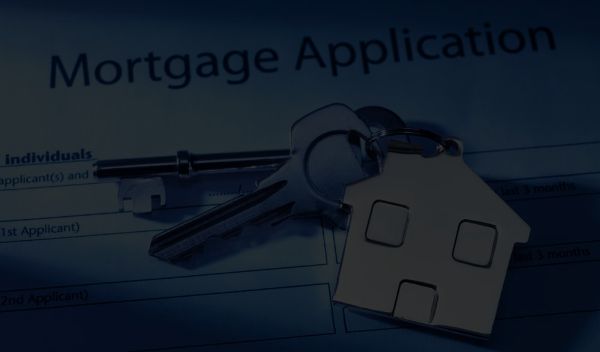 Welcome back to iLeads Mortgage Market Minute, where we bring you the latest, most relevant news regarding the mortgage market. We hope you enjoyed last week’s edition where we talked about 3 Mortgage Industry Trends That Will Define The Rest Of 2021. This week we’re bringing you:

The total number of loans in forbearance declined by 1 basis point to 3.25%, according to the MBA.

The total number of loans in forbearance remained relatively unchanged, declining by one basis point to 3.25% as of Aug. 15, according to the Mortgage Bankers Association’s latest tally. Though the drop is more subdued than in previous weeks, the decline continues a downward trend across most categories.

Mike Fratantoni, senior vice president and chief economist at the MBA, noted that “Portfolio and PLS loans now account for almost 50% of all depository servicer loans in forbearance…which highlights the importance of the investor category.”

Fratantoni also said that the muted results of the survey are in part due to a slower pace of new requests and exits compared to a year prior.

“In fact, exits were at their slowest pace in over a year,” he added. (The volume of weekly forbearance requests decreased from 0.06% to 0.05%.)

The trade group estimates that currently 1.6 million borrowers are in forbearance.

Meanwhile, the survey shows that 10% of total loans are in the initial forbearance stage and that 82.3% are in a forbearance extension. The remaining 7.7% are forbearance re-entries, the MBA said.

Out of the borrowers who exited forbearance from June 1, 2020 through Aug. 15, 2021, 28.3% opted for a loan deferral/partial claim and 22.6% continued making their monthly payments during their forbearance period.

After a sharp increase to start the year and significant improvements between April and mid July, mortgage rates have been fairly flat for more than a month. That’s definitely not a bad thing considering how close they are to all-time lows with best-case 30yr fixed scenarios still under 3.0%.

Change is coming though, for better or worse. Rates could actually move lower, but not for reasons that we’d like to see. Any significant move lower in rate would require a deterioration of “the outlook”–a term that’s intentionally ambiguous here as it encompasses the outlooks for covid, the economy, and Fed policy.

It will take time to get a clearer read on the covid outlook given the inception of a new school year. It will therefore also take time to understand how economic momentum is affected by the covid outlook. If that’s not already enough interdependence, there’s the issue of potential labor market shifts due to the new school year (the theory is that a meaningful number of workers may return to the labor force as their children are back to in-person school for the first time in more than a year). And of course those labor market dominoes depend on schools remaining open despite covid spreading at a record pace in some states.

I’m not here to hypothesize on the course of the pandemic or the resulting policy responses. The only goal here is to identify risks and comment on a potential range of movement. To that end, we also have to consider the lens through which the Federal Reserve views these factors. We know the Fed is looking for an opportunity to begin winding down its asset purchases (aka “tapering”).

Independent mortgage banks (IMBs) and mortgage subsidiaries of chartered banks reported less profit in the second quarter, with net gains declining to $2,023 on each loan originated compared to $3,361 in the previous quarter, according to a report published by the Mortgage Bankers Association.

The data, compiled from 361 companies, shows that the average pre-tax production profit was 73 basis points in the second quarter, down from an average net production profit of 124 bps in the first quarter and a decrease of 167 bps year-over-year.

Additionally, the average production volume came in at $1.35 billion per company, a decline from $1.44 billion in Q1. Volume count per company averaged 4,615 loans, decreasing from 4,879 loans the previous quarter, the MBA said.

Marina Walsh, vice president of industry analysis at the MBA, said that net production profits were at their lowest level since the first quarter of 2019, but still hovered above the historic quarterly average.

“Competition stiffened, production volume declined, and the market began to shift towards more purchase activity and less refinances,” Walsh said. “The result for mortgage lenders was a combination of lower revenues and higher expenses.”

The second quarter saw total mortgage production revenue dip to 375 bps, down from 408 bps in the first quarter, the MBA said.

“This is a strong indication that the industry is moving away from the record-high profits of 2020,” Walsh said.

“Combining both production and servicing operations, 85 percent of firms posted overall profitability for the second quarter of 2021, compared to 97 percent in the first quarter,” she said.