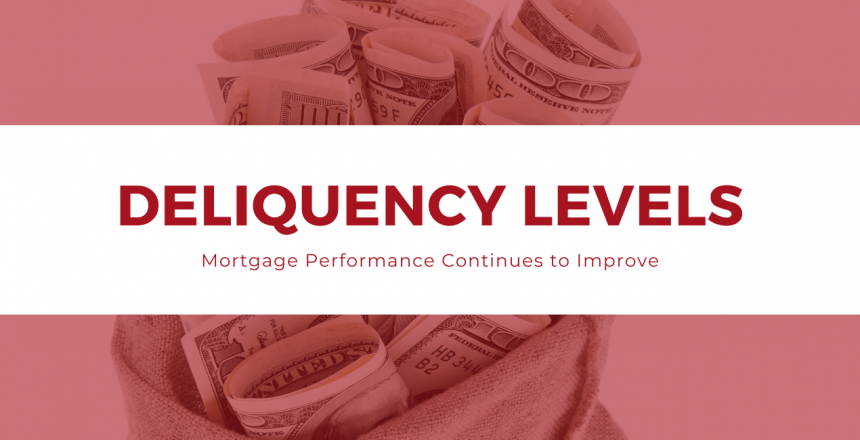 Mortgage performance continues to improve and CoreLogic says “households have found creative ways to cut back on spending to prioritize mortgage payments. Mortgage Borrowers Creativity Helping to Holding Delinquencies Down. We hope you enjoyed last week’s edition where we talked about Loan Officer Wallets Flatten As Refis Dry Up. This week we’re bringing you:

Mortgage credit availability did little to crawl back to pre-pandemic levels last month. The Mortgage Bankers Association said its Mortgage Credit Availability Index (MCAI) inched up only 0.1 percent in October to 125.7. A decline in the MCAI indicates that lending standards are tightening, while increases in the index are indicative of loosening credit. Two of the MCAI’s component index were flat while the remaining two did make large and offsetting changes. 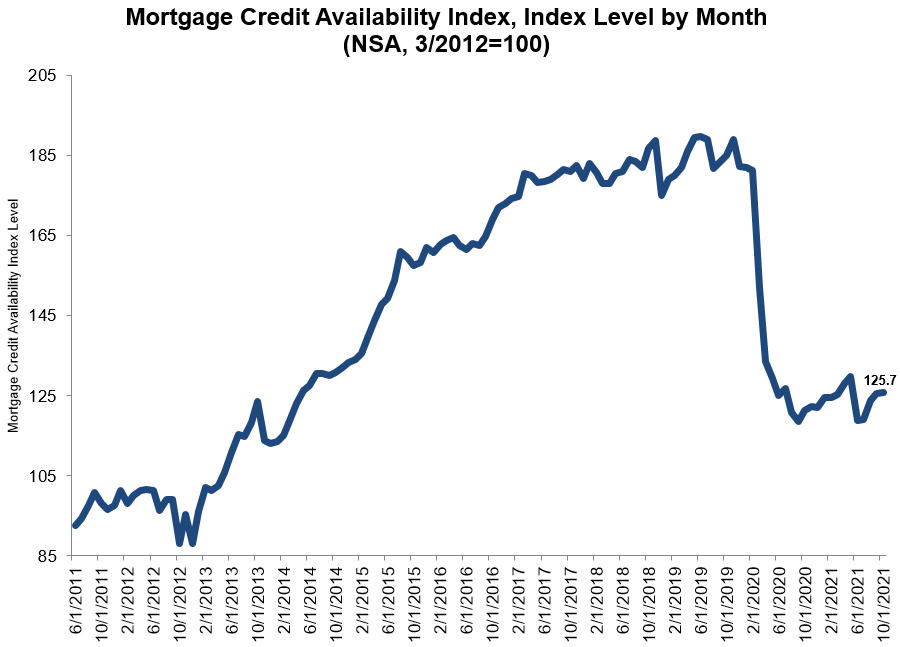 After completing countless Veterans Administration (VA) mortgage loan transactions over the years, Chris Pascoe, a Marine veteran turned RE/MAX agent, has developed something of a system.

First, he has his client’s lender call the listing agent. “This is an absolute must, especially in the market right now as it gives the lender an opportunity to fill the listing agent in on the buyer’s background and how the VA loan process works,” Pascoe explained.

Next, he has his buyers write a letter to the seller, a practice that has come under scrutiny lately for creating potential biases. “I’d say there is a 50/50 chance of a letter having an impact on sellers, but when things are tough, it’s worth a shot,” Pascoe said. He will also inform the listing agent that he is a veteran himself and implores them to ask any questions or express concerns they have about VA loans.

At the end of the day, Pascoe says the process is not all that different than purchasing a home with a conventional mortgage.

But because inventory remains at record lows, home prices have soared to astonishing highs, and bidding wars still occur in housing market across the country, Pascoe and other real estate agents on the buy-side have had to go the extra mile to fight for their VA clients.

Misconceptions Abound
Even under “normal” market conditions, VA buyers struggle to successfully purchase a home using their benefit. There remains a belief among listing agents and their clients that the VA appraisal and closing process will be a hassle.

These beliefs are largely a relic of a different era, said Coldwell Banker agent Alison Winsom.

“I think we have some outdated stories and some urban legend stuff around VA loans,” said Wisnom, who is based out of Annapolis, Maryland, home of the U.S. Navy. “Somebody has a problem once and then that story just spread. A lot of the rules have relaxed over the past several years, but people always tend to remember the negative things so that is what has spread throughout the industry.”

A lot of the misconceptions about working with VA loans center on the VA appraisal process – which differs from conventional mortgage appraisals – as well as the time it will take for a transaction to close. VA loans are secured by the VA, and statutorily must be appraised by the VA and not just any appraiser.

Mortgage performance continues to improve and CoreLogic says “households have found creative ways to cut back on spending to prioritize mortgage payments. In a recent CoreLogic survey, over 30 percent of respondents said they would cut back on both entertainment and travel to focus on repaying outstanding debt.”

The national delinquency rate, the percentage of all mortgages that were 30 or more days past due, including those in foreclosure, fell 0.2 percentage points from July to 4.0 percent in August. This represents a 2.5 percentage point drop from August of 2020.

Serious delinquencies were the most improved category, falling from 4.3 percent of all mortgages to 2.6 percent year-over-year. Also, despite the expiration of the foreclosure moratorium at the end of July, the share of mortgages in some stage of foreclosure was 0.2 compared to 0.3 percent in August 2020. CoreLogic says this is the lowest the foreclosure inventory has been in its records that began in 1999. 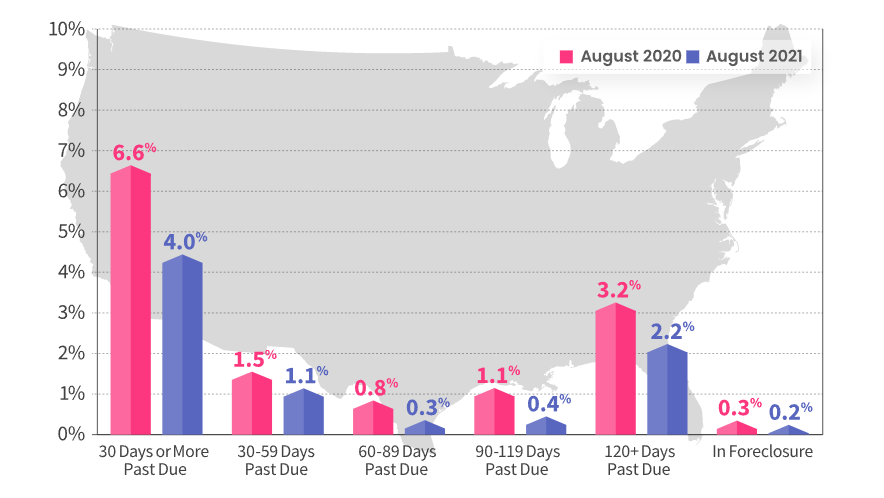