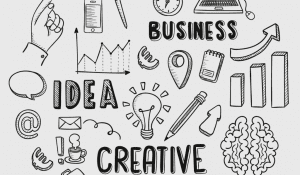 Anyone running a small insurance or real estate business is most certainly looking for ways to generate leads. There are more old-fashioned approaches such as newspaper advertisements, and then there are newer tactics such as social media. To get the best results and generate as many leads as possible, it is best not to overlook any of these approaches for small businesses:

Become involved in the community. When it comes to small businesses operating in particular cities, it is very likely that the clients come from the local community. Many of the most successful business owners are the ones sponsoring the local soccer team or getting involved in various charities. This way, people from the community know that they are making that extra effort and don’t just want to take their money. It also increases visibility.

Offer existing clients discounts for generating referrals. Sometimes people need extra incentive if they’re going to take the time to make a referral; after all, they’re already paying and that’s all they’re obliged to do. It helps to give them something in return, like a discount. Or, offer something free from the start, such as a free home value report.

Hold contests on social media. A real estate business could post a photo contest on Twitter to get interested and engaged clients. Or, a music business might, for instance, host a songwriting contest on a social media site like Facebook. In such a case, plenty of musicians would submit songs if they thought they could win prizes. You get the idea!

Run advertisements in a local newspaper. Old-fashioned tactics such as this one are often overlooked these days. You’d be surprised by the number of leads they can generate. Bus stop advertisements can also be quite effective.

Be committed to excellence in customer satisfaction. There are business owners out there who firmly believe that if you do excellent work and maximize customer satisfaction, there is no need to advertise in abundance. Why? Because their customers rave about their work to everyone in the neighborhood, generating plenty of leads. Word of mouth is very effective when your clients are highly satisfied.

Do what other people wouldn’t want to do to generate leads. If it’s summer in an area with a very hot climate, few people will want to take measures such as posting flyers on the doors of houses in 100 degree heat. The same might be true even in winter if other business owners think they’re above such tasks. A small business owner willing to take such measures will have an edge over the competition.

Start an informative blog. Many small business owners are experts in their fields with plenty of knowledge. Why not share some of that knowledge and get people interested? This does not necessarily mean giving away all of your selling secrets; it could merely mean sharing some knowledge.

Give out plenty of pens. Business cards are great too (and should also be used), but pens are actually useful and tend to last longer.

Broadcast to the local masses. There is still power in radio, and a business owner who makes use of radio can choose a station that reaches particular markets they’re trying to target.