Will Trillions in Stimulus Push Mortgage Rates Over 5%? 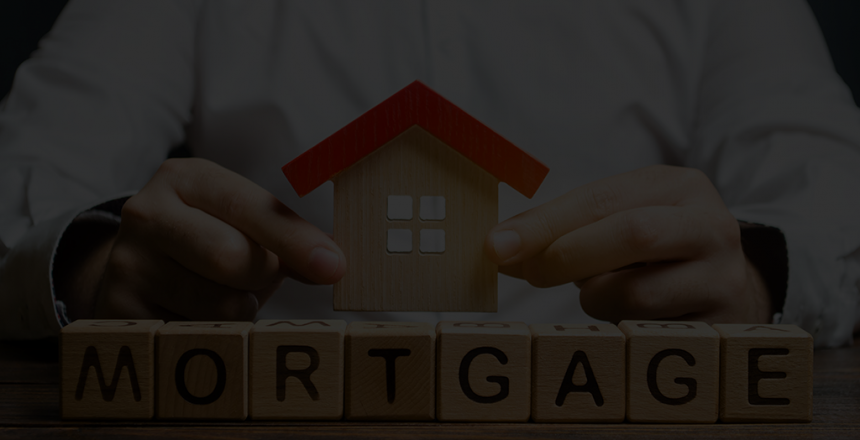 Welcome back to iLeads Mortgage Market Minute, where we bring you the latest, most relevant news regarding the mortgage market. We hope you enjoyed last week’s edition where we talked about Lender Profits Are Crashing Back To Earth. This week we’re bringing you:

Forbearance falls below 5% for the first time in a year*

The U.S. forbearance rate is officially below 5% for the first time in a year. Servicers’ forbearance portfolio volume fell nine basis points last week to 4.96%, according to a survey from the Mortgage Bankers Association.

Since October, the percentage of portfolio loans in forbearance hovered between 5% and 6%, the longest a percentage range had held since the survey’s beginning as continuous extensions gave homeowners more time to postpone payments.

According to the MBA, new forbearance requests last week remained at their lowest level since last March, while the pace of exits increased and shrunk the share of loans in forbearance across all investor categories. Fannie Mae and Freddie Mac loans boasted the smallest percentage once again, dropping to 2.77% – a six-basis-point improvement.

Continued downward trends mark a positive sign for the larger economic picture, but the MBA still estimates 2.5 million homeowners are taking advantage of some form of forbearance, and now, more than 17% of borrowers in forbearance extensions have exceeded the original 12-month mark set by servicers and agencies.

“Many homeowners need this support, even as there are increasing signs that the pace of economic activity is picking up as the vaccine rollout continues,” said Mike Fratantoni, MBA’s senior vice president and chief economist. “Those who have an ongoing hardship due to the pandemic and want to extend their forbearance beyond the 12-month point need to contact their servicer. Servicers cannot automatically extend forbearance terms without the borrower’s consent.”

According to a recent report from Black Knight, at the current rate of improvement, an estimated 600,000 plans should have reached their original 12-month expiration at the end of this month (the peak month for expiration activity). Next week’s data should be informative, given both HUD and the FHFA pushed expirations to the end of September 2021 for the first round of forbearance seekers.

Even With Recent Declines, Purchase App Volume is Still Outpacing 2020*

Mortgage Application volume continued to trend down during the week ended March 26. The Mortgage Bankers Association (MBA) said its Market Composite Index, a measure of that volume, declined 2.2 percent on a seasonally adjusted basis from the previous week and was down 2 percent on an unadjusted basis. It was the tenth time the index has declined in the 13 weeks since 2021 began.

The Refinance Index decreased 3 percent from the previous week and was 32 percent lower than the same week one year ago. Refinancing, however, still accounts for the lion’s share of applications, 60.6 percent during the week, down only slightly from the week ended March 19.

The seasonally adjusted Purchase Index decreased 2 percent from one week earlier. Unadjusted, the Index was down 1 percent and was 39 percent higher than the same week one year ago.

“After seven consecutive weeks of increasing mortgage rates, the 30-year fixed rate declined 3 basis points to 3.33 percent, which is still almost half a percentage point higher than the start of this year. Mortgage applications for refinances and home purchases both declined, but purchase activity was still convincingly higher than the pandemic-induced drop seen a year ago, as well as up 6 percent from the same week in March 2019,” said Joel Kan, MBA’s Associate Vice President of Economic and Industry Forecasting. “Many prospective homebuyers this spring are feeling the effects of higher rates and rapidly accelerating home prices. Record-low inventory is pushing home-price growth at double the rate from a year ago, and even above the 10 percent growth rates seen in 2005. The housing market is in desperate need of more inventory to cool price growth and preserve affordability.”

The S&P CoreLogic Case-Shiller home price indices and the Federal Housing Finance Agency’s (FHFA’s) House Price Index (HPI) all show that the growth of home prices continued to accelerate through January, even as interest rates began to creep higher.

Case-Shiller’s National Home Price Index, which covers all nine U.S. census divisions, rose 11.2 percent compared to its January 2020 level. The annual gain in December was 10.4 percent. The 10-City Composite Index posted an annual increase of 10.9 percent, a full percentage point above its 12-month gain the previous month. The 20-City Composite, with Detroit’s data now included in the calculations, was up 11.1 percent compared to January of last year. Annual appreciation was 10.2 percent in December.

Phoenix, Seattle, and San Diego continued to report the highest year-over-year gains among the 20 cities, with Phoenix in the led for the 20th month. That city’s January increase was 15.8 percent. Seattle and San Diego followed with respective increases of 14.3 percent and 14.2 percent. All 20 cities reported higher price increases in the year ending January 2021 versus the year ending December 2020.

On a month-over-month basis the National Index rose 0.8 percent on a non-seasonally adjusted basis and the 10-City and 20-City Composites posted increases of 0.8 percent and 0.9 percent. All three indices were up 1.2 percent after adjustment. Nineteen of 19 of 20 cities had gains from December before seasonal adjustment, and all 20 cities did so afterward. Sixteen of those cities had growth in double digits.

Craig J. Lazzara, Managing Director and S&P Dow Jones Global Head of Index Investment Strategy, said, “The trend of accelerating prices that began in June 2020 has now reached its eighth month and is also reflected in the 10- and 20-City Composites. The market’s strength is broadly-based: all 20 cities rose, and all 20 cities gained more in the 12 months ended in January 2021 than they had gained in the 12 months ended in December 2020.

A closer look at the nation’s hottest housing markets*

In this episode, Nath and Wheeler discuss the latest Real Trends 500 list, which ranks the largest real estate brokerage firms in the country by transaction sides and sales volume.

The pair also review the recent median home sale price report from Redfin and examine what’s been happening in some of the hottest housing markets across the country.

For some background on the interview, here’s a brief summary on the recent median home sale price report:

Will trillions in stimulus push mortgage rates over 5%?*

Inflation and its impact on the housing market

Whether we personally were infected by COVID-19 or not in the past year, we all suffered the pains of a sick economy as members of the American family. Now that the economy is on the verge of reopening, we can anticipate the release of pent-up demand for labor along with increased spending in specific sectors of our economy. Government disaster relief that kept the unemployed afloat last year will be with us for most of this year, too. However, Biden’s proposed fiscal stimulus package of around $3 trillion for infrastructure, education and workforce development should be replacing disaster relief.

Part of Biden’s proposed stimulus is focused on getting everyone who lost jobs due to COVID back to work and the economy on better footing. By the end of September 2022, I anticipate seeing the total jobs data look a lot like February 2020 before COVID-19. Hopefully, we will see these near-total employment numbers even sooner, but we still have a few roadblocks that need to be conquered.

Let’s say we do get back to February 2020’s employment levels: what will that do to inflation? It’s been a while since we had to think about inflation, and it’s a sign of the times that we are adding this back to our topics of conversation, along with higher mortgage rates. This means America is back, and the conversation is now shifting to growth rather than a deflationary crisis. So let’s take a peek at what the future holds.