What Would It Take To Trigger a Housing Downturn In The Second Half Of 2020? 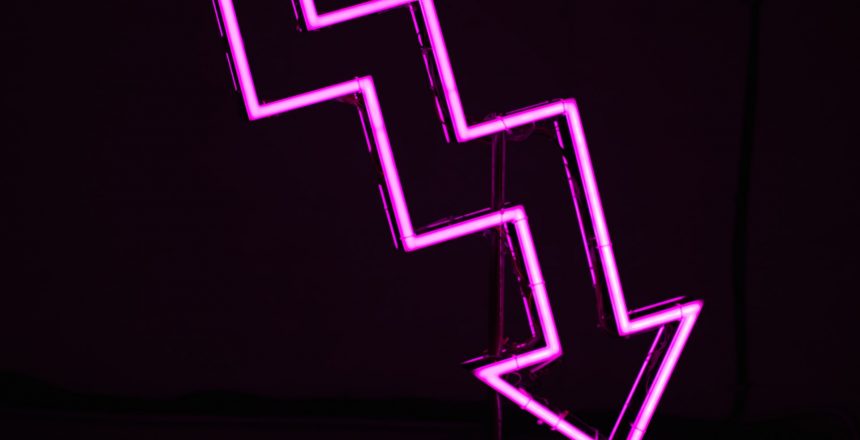 Welcome back to iLeads Mortgage Market Minute, where we bring you the latest, most relevant news regarding the mortgage market. We hope you enjoyed last week’s edition where we talked about Mortgage Rates Just Got Even Lower. This week we’re bringing you: What Would It Take To Trigger a Housing Downturn In The Second Half Of 2020?

How the Rocket brand might also fuel fintech valuation and more

This week a Quicken Loans SEC filing confirmed the company will IPO with Rocket branding, as I predicted in HousingWire last month. Below, I explain why this is important, what it means for consumers and key things all mortgage pros must know about this milestone event in our industry.

1. Rocket Brand Power Is Real For Consumers
The Quicken Loans/Rocket Mortgage machine had 20.2 million interactions with prospective clients in 2019, which is 80% more than it had in 2014. You’ll recall Rocket Mortgage was launched as the company’s digital mortgage brand in October 2015, and that’s when it began an aggressive brand push. From 2015 to 2016 alone, that brand push increased prospective client interactions from 11.7 million to 16 million.

Interacting with this many leads led to becoming America’s top retail mortgage lender two years ago – and the company held that slot – funding $145 billion in originations in 2019 and $51.7 billion Q1 2020. Read more in-depth here.

Mortgage rates recovered to some extent today, after moving slightly higher on Friday and yesterday. The bond market (which underlies rate movement) was surprisingly resilient (good for rates) even as stock prices moved up roughly 1%. Rising stock prices frequently coincide with rising bond yields in the shortest of terms. In other words, it’s more common to see rates move higher on a day like today. Read more in-depth here.

Redfin: Over half of home offers were in a bidding war in June*

More than half of Redfin offers were part of bidding wars for the second month in a row in June, according to new data from the brokerage.

More homebuyers are entering the market while mortgage rates continue to hit record lows, and as a result, 53.7% of Redfin offers faced competition last month. This is up from a revised rate of 51.8% in May and 44.4% in April, Redfin said.

Redfin noted that more than half of all offers faced bidding wars in 12 of the 24 metros included in its analysis.

“Bidding wars continue to be fueled by historically low mortgage rates and fewer homes up for sale than almost any time in the last two decades,” said Redfin Economist Taylor Marr in a written statement.

Renters and move-up buyers alike are competing for the small number of single-family homes on the market “as they realize they need more space for their families,” Marr added.

Forecasters See Surprisingly Strong Housing Rebound, But There Are Risks*

The reopening of the economy in several states from the COVID-19 shutdowns has moved Fannie Mae’s Economic and Strategic Research (ESR) Group to raise its estimate for the 2020 full year GDP from the 5.4 percent decline it predicted in June to a 4.2 percent downturn. The economists say this improvement is almost entirely due to a stronger pace of recovery than they had anticipated. They caution that the current surge of cases in many areas will drag on growth in the future, however, they expect any future shutdowns and behavioral changes will be less severe than in the first round. Furthermore, given that consumer spending is still down, future behavioral responses will likely translate into only a drag on growth rather than a sharp decline, as occurred in the early spring.

The risks to their forecast are balanced between upside and downside risks and revolve around the pandemic. The downside is the current resurgence in cases which could lead to regional shutdowns and self-imposed quarantines by consumers and businesses. To the upside, if the current wave doesn’t translate into severe cases, then consumer spending made be more robust than currently expected. There is also uncertainty about the extension of unemployment benefits and the passage of additional stimulus packages. Read more in-depth here.

What would it take to trigger a housing downturn in the second half of 2020?*

Plus, how likely –or unlikely– any of these events happen

At its beginning, the COVID-19 crisis had many consumers and housing professionals alike bracing for a housing crash. And with good reason: We were, and are, facing the biggest health and economic shock in recent modern-day history.

But what many didn’t account for was that the U.S. housing market was somewhat inoculated against the economic turmoil of the COVID-19 crisis by having great demographics for housing along with long-standing low mortgage rates.

U.S. demographics in the years 2008-2019 were too young and too old to generate strong demand for home purchases, and this was one of the reasons we had the weakest housing recovery ever recorded in history, even with low mortgage rates. In fact, MBA purchase applications, adjusted to population, were lowest in 2014, five years into the last expansion with mortgage rates under 5% for most of the cycle.