What Will Mortgage Regulation And Enforcement Look Like In 2021? 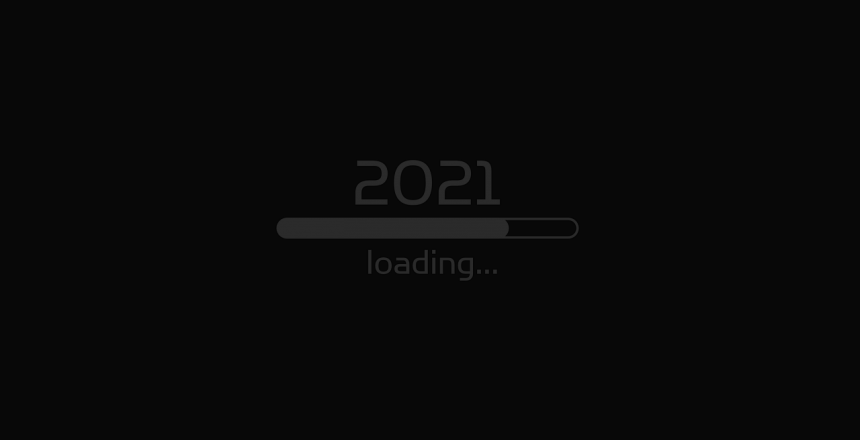 Welcome back to iLeads Mortgage Market Minute, where we bring you the latest, most relevant news regarding the mortgage market. We hope you enjoyed last week’s edition where we talked about Home Prices Up 14%, But Price Growth May Wane Soon. This week we’re bringing you:What Will Mortgage Regulation And Enforcement Look Like In 2021?

The bond market, which drives interest rates, is in the habit of reacting to big developments that impact the economy and inflation. At present, bonds are forced to wait for several such developments, but only one of them might come into focus this month.

The much-debated 2nd installment of fiscal stimulus (covid-19 relief)
Naturally, the pandemic’s economic impact will take years to be fully understood. On that front, there will be no single event that decides the fate of the market and interest rates.

The election, on the other hand, has a definitive result and deadline attached to it, but it’s still a month away.

In the meantime, fiscal stimulus is an important consideration for the economy, the election, and especially for interest rates. A decision could come at any time. It could be delayed until after the election. It could be bigger or smaller than expected. But odds are something will happen before the election and despite all the political posturing, that it will fall somewhere between the two ideological boundaries guarded by either side of the aisle.

Mortgage Rates have been exceptionally calm recently. The only major exception has been the implementation, delay, and re-implementation of a new fee that affects almost all refinance transactions. The coming and going of this “adverse market fee” has accounted for the biggest day-to-day differences in rates for any given lender who flipped the switch. Those days vary by the lender because the fee’s deadline applies to a post-closing event for lenders that cannot be accurately predicted. In other words, they know they’ll pay the fee on any loans delivered to the housing agencies on or after December 1st, but they don’t know how long it will take to get the loans from the closing table to the “delivery” milestone.

As unfortunate as the extra expense has been for homeowners, we’ll fortunately soon be able to put this period of indecision behind us–at least as far as it concerns this fee. Other sources of uncertainty remain, and they’re contributing to a relative paralysis for interest rates.

Mortgage delinquencies continued to rise in July according to CoreLogic’s new loan performance report. The company found that 6.6 percent of all mortgages were at least 30 days past due (including those in foreclosure.) This represents a 2.8-percentage point increase in the overall delinquency rate compared to July 2019, when it was 3.8 percent. It was, however, a lower rate than the 7.1 percent reported for June, at that point a 3.1-point annual increase.

The improvement was in early-stage delinquencies, those loans 30 to 59 days past due. They declined from 1.8 percent in July of last year after spiking in April of this year to 4.2 percent.

What will mortgage regulation and enforcement look like in 2021?*

Experts at HW Annual outline what might happen after the election

As the election creeps ever closer, there are plenty of forecasts about how it could impact housing. HousingWire has reported on both the fate of the GSEs and the nation’s economic outlook as a red vs blue battle stirs in Washington. But what about the regulatory bodies that will decide the priorities for enforcement over the next four years?

At the HousingWire Annual panel, industry veterans Ed DeMarco, president of the Housing Policy Council, Kris Kully, partner at Mayer Brown, and Richard Andreano, Jr., partner at Ballard Spahr, discussed the future of regulation and enforcement as the industry gears up to run headlong into 2021. Julian Hebron, the founder of The Basis Point, moderated the panel.

The most notable topic of discussion was the Consumer Financial Protection Bureau’s recent rescinding of a 2015 compliance bulletin related to marketing services agreements (MSAs), which the bureau said: “does not provide the regulatory clarity needed on how to comply with RESPA and Regulation X.” Alongside the rescinding, the CFPB released an FAQ for guidance on the Real Estate Settlement Procedure Act (RESPA), which many companies have been accused of violating over the years – through several of those cases were thrown out.

“The Bureau’s rescission of the Bulletin does not mean that MSAs are per se or presumptively legal,” the bureau said. “Whether a particular MSA violates RESPA Section 8 will depend on specific facts and circumstances, including the details of how the MSA is structured and implemented.”

Andreano said that in the past, the Department of Housing and Urban Development targeted arrangements that may violate RESPA, whereas the CFPB turned their focus to arrangements that could cause harm to the consumers and used RESPA as a tool to stop or alter the practice. For lenders who want to properly protect themselves from violating RESPA, Andreano said they had to examine the source of the CFPB’s enforcement: Does this action prohibit consumers from the ability to shop, and were they improperly steered?