What Could Drive Mortgage Rates In 2021? 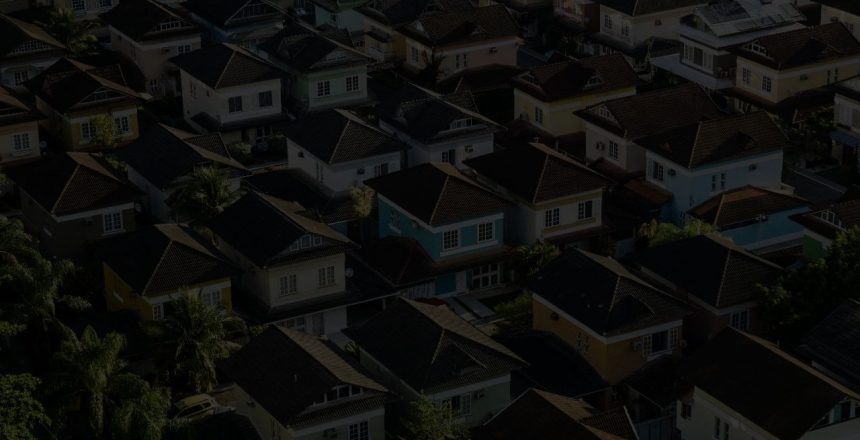 Welcome back to iLeads Mortgage Market Minute, where we bring you the latest, most relevant news regarding the mortgage market. We hope you enjoyed last week’s edition where we talked about What Will Mortgage Regulation And Enforcement Look Like In 2021?. This week we’re bringing you:

It began last week. It was subtle–so subtle as to pass largely unnoticed. But the gentle drift toward slightly higher rates has taken bigger steps so far this week. As of this afternoon, the average lender is quoting the highest rates since late September! That’s quite a realization when juxtaposed with last week’s (misleading) headlines about “all-time lows.”

If the highest rates in nearly a month sound scary, don’t freak out just yet. During that time, rates have held inside one of their narrowest ranges ever. By the time we consider how low rates are in the bigger picture there’s actually never been a comparable example of “this low for this long.”

While applications for new home purchase mortgages jumped in September, the Mortgage Bankers Association (MBA) expects only modest changes in the September sales data. MBA’s Builder Application Survey (BAS) data shows mortgage applications for new home purchases increased 38.2 percent in September compared to a year earlier but were down 5 percent from August 2020. The latter change does not include any adjustment for typical seasonal patterns.

MBA estimates new single-family homes were selling at a seasonally adjusted annual rate of 869,000 units in September 2020. This estimate is derived using mortgage application information from the BAS, as well as assumptions regarding market coverage and other factors. The estimate is a decrease of 0.2 percent from the August sales rate of 871,000 units. On an unadjusted basis, MBA estimates that there were 67,000 new home sales during the month, down 1.5 percent from 68,000 sales in August.

“The strong year-over-year results for non-seasonally adjusted new home sales applications – up 38 percent – and estimated home sales – up 20 percent – are indicative of the fundamental strength seen in the housing market since the spring,” according Joel Kan, MBA’s Associate Vice President of Economic and Industry Forecasting. “Demand for newly built homes is strong, as many buyers appear to seek more space for work, in-home schooling, and leisure,” he said. “However, the moderation in the seasonally adjusted sales pace the last two months could mean that demand has slowed recently – likely because of tight inventory conditions and the slowing improvement in the job market.”

Low rates won’t last forever: Here’s how mortgage leaders should be preparing for what’s next*

Along with the rest of the economy, the housing market has been dealing with the fallout of a global pandemic, leading to an uncertain “new norm.” In a HousingWire panel on Tuesday, Rohit Gupta, CEO and president of Genworth Mortgage Insurance, and Tom Wind, executive vice president of consumer lending at U.S. Bank, discussed adapting to sudden winds of change and how to focus on what’s next.

In a typical recession, Gupta noted, increased unemployment and lack of consumer confidence slow the market as delinquencies rise and origination volume begins to decline. But 2020’s pandemic threw that trend out the window. With record high unemployment in April and increased delinquencies that may last through 2022, low interest rates triggered solid originations for nearly six months – and companies pivoted quickly.

“We had to refocus our efforts, both from an energy perspective, and from our resources perspective. Our focus became both putting people in homes on the front end so our customers were well positioned to close loans and then also on the servicing side, to make sure that we were taking care of families that were encountering financial issues and were in forbearance or delinquency,” Gupta said.

Single-family housing starts soared in September, a new report from the U.S. Census Bureau shows, despite an overall rate that was dragged down by a decline in multifamily starts.

“While starts were up 10.4% from a year prior, the somewhat modest month-over-month change was due to largely offsetting trends in single-family and multifamily starts,” Duncan said. “The former rose 8.5% over the month to 1.1 million annualized units, a level not seen since 2007. In contrast, multifamily starts fell 16.4%, to one of the slowest monthly paces since 2013, not including this past April.”

For only the second time in its 35-year history, the National Association of Home Builders (NAHB)/Wells Fargo Housing Market Index (HMI) topped 80 this month. The first time was in September. The index, a measure of builder confidence in the market for newly built single-family homes increased two points to 85, breaking the previous high of 83 set last month.

“Traffic remains high and record-low interest rates are keeping demand strong as the concept of ‘home’ has taken on renewed importance for work, study and other purposes in the Covid era,” said NAHB Chairman Chuck Fowke. “However, it is becoming increasingly challenging to build affordable homes as shortages of lots, labor, lumber and other key building materials are lengthening construction times.”

Derived from a monthly survey of its new home builder members, the HMI gauges builder perceptions of current single-family home sales and sales expectations for the next six months as “good,” “fair” or “poor.” The survey also asks builders to rate traffic of prospective buyers as “high to very high,” “average” or “low to very low.” Scores for each component are then used to calculate a seasonally adjusted index where any number over 50 indicates that more builders view conditions as good than poor.

What could drive mortgage rates in 2021?*

Mortgage rates, bond yields, the election and COVID are all factors

I’ve seen a number of articles lately predicting that mortgage rates will rise in 2021, a couple even from other HousingWire contributors. The rationale for these predictions have been erudite, multifactorial and complex. I am, on the other hand, a simple man. Most days I don’t even wear shoes. When I think about the direction of mortgage rates there is only one factor I consider – and that is economic growth.

The trick is to find a respectable range within each economic cycle. I started to incorporate bond yield forecasts for my yearly prediction articles and every year since 2015 I had said the same range. The 10-year yield would range between 1.60%-3%. In 2020, that range broke but continued a long-term downtrend in yields which started in 1981.