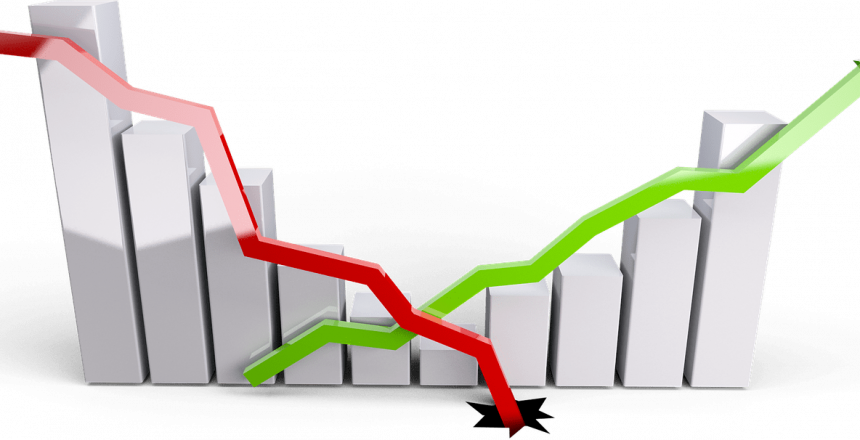 Welcome back to iLeads Mortgage Market Minute, where we bring you the latest, most relevant news regarding the mortgage market. We hope you enjoyed last week’s edition where we talked about Mortgage Lending Will Surge To a 14-Year High This Year, MBA Says. This week we’re bringing you: U.S. Pending Home Sales Surged a Record 44% in May

Best Month Ever For Mortgage Rates*

Mortgage rates managed another slight improvement today, which means the average lender is offering new all-time low rates for the 4th time this month. Even if rates had lurched unexpectedly higher today, June still would have gone down as the best month in the history of the mortgage market with many lenders now offering conventional 30yr fixed rates under 3% on top tier scenarios.

The low rate environment has been made possible first and foremost by the economic contraction resulting from coronavirus. In and of itself, however, that still likely wouldn’t be sufficient to get rates as low as they are. The rest of the heavy lifting has been done by the Federal Reserve, which stepped in when markets were experiencing the height of their recent volatility in early March 2020. The Fed helped restore liquidity by buying Treasuries and mortgage-backed bonds directly. This helps push interest rates down not only for mortgages, but also for the US government (which needs to borrower more heavily than ever before in order to finance the fiscal response to coronavirus). Read more in-depth here.

And four key points to keep us from falling into one

Life comes at you fast and you better be ready to handle any curveball that gets thrown your way.

The curveball I’m talking about is the increase in COVID-19 cases we are seeing in many states, including my state of California. The significant uptick in many areas following the relaxation of stay-at-home orders forced some governors to scale back the reopening of the economy.

Previously, I wrote that the first hurdle we as society would need to conquer in order to get the economy back on track was to flatten the curve of new infections. Slowing the spread of COVID-19 is the first of many steps required to revitalize the economy.

In April and May we were on the verge of success, then some of us –– in fact, way too many of us –– got sloppy. The relaxation of stay at home orders was accompanied by relaxation of common sense. In Texas, Arizona, Florida and California, we weren’t careful, and now virus infection rates are rising.

Prior to this setback, the U.S. economy wasn’t exactly in full swing, but we were making some progress. Most notably, the U.S. housing market made a full V-shaped recovery. This is based on four straight weeks of the highest levels of double-digit growth in purchase applications in 2020. Now with higher infection rates back in play in many areas, we need to entertain the possibility that our victorious V-shaped recovery in housing may turn into a “W-shaped” recovery. Read more in-depth here.

Some said they worry about losing their home

Home prices continued to hold up on a national basis in April. The S&P CoreLogic Case-Shiller U.S. National Home Price Index, covering all nine U.S. census divisions, reported a 4.7 percent annual gain in April, up from 4.6 percent in March. The National Index posted a 1.1 percent month-over-month increase before seasonal adjustment and an 0.5 percent gain after it.

The 10-City Composite appreciated at an annual rate of 3.4 percent, unchanged from the March rate while the 20-City Composite’s annual increase rose to 4.0 percent from 3.9 percent the previous month. The 10-City and 20-City measures had monthly increases of 0.7 percent and 0.9 percent respectively before seasonal adjustment and both posted 0.3 percent increases after adjustment.

In April, all 19 cities (excluding Detroit for which sufficient data was not available due to a county recording office shutdown) reported increases before seasonal adjustment. Sixteen of the 19 cities reported them afterward.

Phoenix, Seattle, and Minneapolis had the highest year-over-year appreciation among the 19 cities reporting with annual increases of 8.8 percent, 7.3 percent increase and 6.4 percent, respectively. Twelve of the 19 cities reported higher price increases in the year ending April 2020 versus the year ending March 2020. Cleveland, which has long lagged all other cities on the index, posted a 6 percent increase in April. Read more in-depth here.

“These same firms also provided additional funding by purchasing approximately 922,000 loans from other lending institutions during 2019 (these loans could have been originated prior to 2019), equal to 44.5% of total purchased loans,” the CFPB said.

Here is a breakdown of the top 10 originators from 2019 by total amount of home purchase and refinance loans: Read more in-depth here.

U.S. pending home sales surged a record 44% in May*

Despite the increase, contract signings remained 5% below a year ago, NAR says

U.S. pending home sales surged 44% in May, the biggest gain on record, as Americans emerging from lockdowns went home shopping, according to a report on Monday from the National Association of Realtors.

The spike in signed contracts to buy homes came as the average U.S. rate for a 30-year fixed mortgage fell to a record low of 3.15% at the end of May, as measured by Freddie Mac. Since then, rates in the last two weeks have set a new all-time low of 3.13%.

“This has been a spectacular recovery for contract signings, and goes to show the resiliency of American consumers,” said Lawrence Yun, NAR’s chief economist. “This bounce-back also speaks to how the housing sector could lead the way for a broader economic recovery.”

Despite the surge, contract signings remained 5% below the year-ago month, the report said.

Among the nation’s largest metro areas, active listings were up by more than 10% in May compared to April in Honolulu, San Francisco, San Jose, California, Denver, and Colorado Springs, Colorado, according to the report.

In tandem with the pending sales report, Yun released his latest forecast for the housing market, showing sales of existing homes in 2020 probably will drop 7.7% and sales of new homes likely will rise 1%. Read more in-depth here.