Reinsurers Look Ahead To Uncertain Future 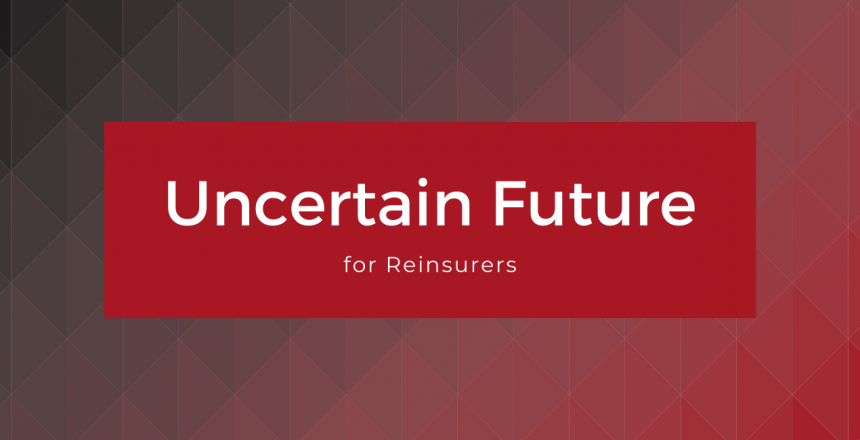 The reinsurance industry faces increased uncertainty over inflation, cyber liability and other issues heading into 2022, according to a panel of experts. Last week you were reading Unlicensed Insurance Agent Charged In $1.4 Million Workers’ Comp Fraud Scheme. This week we’re bringing you:

Where U.S. Insurers Are in Integrating Environmental, Social, Governance Issues*

U.S. insurers are increasingly listening to demands from stakeholders that they use social, environmental and governance factors in their decision-making.

According to an AM Best survey, 6 in 10 companies are aware of greater demand from stakeholders to consider ESG factors as they make decisions. While the U.S. is still behind Europe in terms of ESG integration, AM Best said the results are still noteworthy, and that U.S. carriers should consider how to most effectively put ESG factors into practice.

“Survey results show that insurers believe there are risks to ignoring stakeholder pressures related to ESG factors, and particularly with regard to diversity and inclusion, carriers generally view corporate governance as key to managing and mitigating reputational risk,” Rosemarie Mirabella, director, AM Best, said.

AM Best surveyed rated property/casualty, life/annuity and health insurers and reinsurers operating in the United States on their approaches to ESG principles, and found that carriers’ focuses vary by segment.

While property/casualty insurers’ responses showed that they focus more on environmental risks in their ESG engagement, life/annuity insurers said they concentrate mainly on investment risk, given the importance of yields, liquidity and asset-liability matching to their businesses. Health insurers have put greater ESG attention on the social impacts of health equity, which has been subject to added scrutiny during the pandemic, to eliminate disparities in health outcomes.

At the same time, according to the Best’s Special Report, “U.S. Insurers’ Perceptions of ESG,” all three U.S. insurance segments are focused on corporate governance.

The Court of Appeal in San Diego has ruled that California’s insurance commissioner cannot force State Farm into paying over $100 million in refunds plus interest to drivers in the state – a decision the current commissioner and a consumer advocate have criticized.

In 2014, State Farm General – a wholly-owned, California-only subsidiary of State Farm Mutual – applied for a 6.4% overall rate increase for its home, condo and renter insurance. After assessing the application, Consumer Watchdog (CW) concluded that the rate change was excessive, and asked then insurance commissioner Dave Jones to convene a public hearing.

Jones eventually determined that the rate increase was unjustified and ordered State Farm General to reduce its home insurance rates going forward by about $77 million per year. The commissioner had also concluded that State Farm General had been overcharging its existing customers since July 2015, and ordered the insurer to refund more than $100 million.

Reinsurers look ahead to uncertain future*

DENVER – The reinsurance industry faces increased uncertainty over inflation, cyber liability and other issues heading into 2022, according to a panel of experts.

More uncertainty in the world in general is leading to some insurers pulling back capacity and questions over how the industry’s capital should be deployed, they say.

Inflation, which has risen in recent months, is affecting property and casualty coverage, said Chirag Shah, New York-based executive vice president and head of casualty for Willis Re, a unit of Willis Towers Watson PLC.

“We’ve been dealing with inflation from a loss trend perspective for the last decade, and the issue now is this new level of economic inflation,” he said during a session of the American Property Casualty Insurance Association annual meeting in Denver on Monday.

The increase in inflation will lead to more uncertainty for the sector and insurers will have to examine its effect on their business, Mr. Shah said.

Property insurers have been hit by increased prices for materials, but it remains unclear whether the higher costs will be temporary or longer-lasting, said Alex van Dijk, Morristown, New Jersey-based president – U.S. branches at Guy Carpenter & Co. LLC.

Liability insurers have been affected by social inflation, the term used to describe higher court awards and settlements, he said.

“There’s been a lot of discussion and debate on social inflation and how we are keeping up with loss costs,” Mr. van Dijk said.

The wider issue of uncertainty in the world in general is also affecting the reinsurance market, panelists said.

There is a “significantly increased level of uncertainty. The world continues to get riskier,” said Marcus Winter, Princeton, New Jersey-based president and CEO, reinsurance division, for Munich Re US, a unit of Munich Reinsurance Co.