Mortgage Rate Outlook May Be Improving 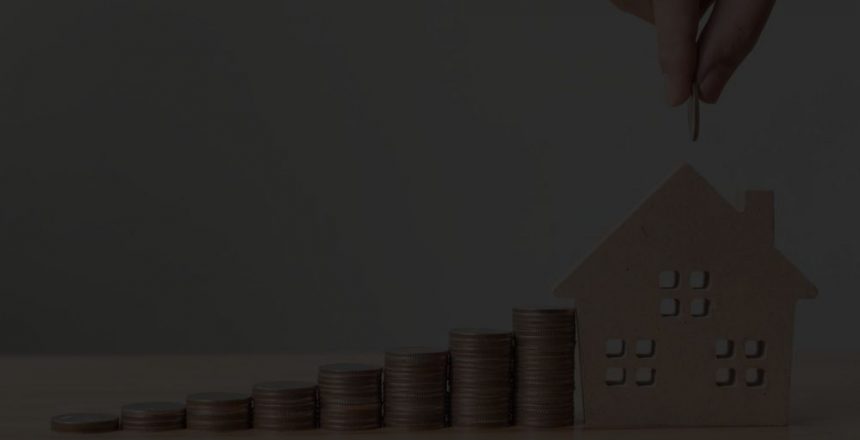 Welcome back to iLeads Mortgage Market Minute, where we bring you the latest, most relevant news regarding the mortgage market. We hope you enjoyed last week’s edition where we talked about Will Trillions in Stimulus Push Mortgage Rates Over 5%? This week we’re bringing you:

Housing inventory is down 40%. Buyers are paying the price*

Prices are up sharply as housing inventory continues to plateau, leaving 40% fewer homes on the market compared to last year, according to a report prepared by Black Knight.

Instead of making up for the shortfall, new listings have slumped further in 2021. Year-over-year, new listing volumes were down 16% in January and 21% in February — amounting to a 125,000 deficit in inventory compared to the same time in 2020.

“Any hopes of 2021 bringing an influx of homes to the market and lessening pressure on prices appear to be dashed for now,” said Ben Graboske, Black Knight’s data and analytics president.

Buyers who were fortunate enough to snag an available single-family home – new listings are down 46% from a year ago – paid a premium. In February, the median single-family sales price rose nearly 16% from last year.

Home prices in most big cities also increased due to low inventory. In nearly three quarters of the 100 largest U.S. markets, annual home prices grew more than 10%. Overall, home prices grew 11.6% year-over-year in January, the most growth in a single year since 2005.

“Of course, upward pressure on home prices has also served to tighten affordability, and with rates on the rise, affordability concerns are coming into sharper relief,” said Graboske.

Despite Pandemic, Homeowners View Housing as a Good Investment*

Fannie Mae says results from its fourth quarter 2020 National Housing Survey show that consumers continue to view homeownership as a good investment. Respondents were asked about various investment types, including stocks, bonds, homes, and savings accounts. Seventy-five percent of respondents indicated that homes are a “safe” investment, ranking just slightly below a savings/money market account. Additionally, 73 percent of consumers felt that investing in a home has “a lot of potential.” Only 63 percent felt that way about owning stocks.

The authors attribute much of housing’s strength to the response of policymakers and consumers to the unique circumstances of the COVID-19 pandemic. “Thus far, the pandemic has contributed to historically low mortgage rates, higher savings for many households, and even stronger demand for homes relative to supply, as many households searched for homes with additional features, including more space, home offices, and the ability to safely ‘nest’ with their families. Even in the years prior to the pandemic, consumers reported that they believed housing, as an asset class, was a safe investment with high potential, a perception which, if it persists, will likely further support demand even as pandemic-related factors recede.”

Here’s how to fix the housing market inventory crisis*

The U.S. housing market is in the midst of an inventory crisis. The number of homes for sale in the U.S. is hovering near record lows, caused by a pandemic-induced housing inventory death-spiral.

At the same time, home sales have soared close to record highs, suggesting the housing market suffers exclusively from a supply (and not demand) problem. Thus, federal policies must focus as much on increasing housing supply as boosting demand.

Rolled out in isolation, first-time homebuyer tax incentives (FTHB) – such as the Biden Administration’s proposed $15,000 advanceable FTHB credit – are only likely to make housing inventory scarcer and prices higher. Instead of just bolstering demand, policies that focusing on increasing supply – such as tax incentives that encourage owners to sell and builders to build – is what the U.S. housing market desperately needs.

The federal government could quickly incentivize owners of existing homes to sell using one or a combination of carrot-based or stick-based approaches. Using a carrot-based approach, opening a temporary window of capital gains exemptions would incentivize owners of investment homes with capital gains, as well as owner-occupiers with over $250k-$500k in gains, to sell.

What Biden’s infrastructure plan does for housing*

Specifically, the plan calls for the construction and rehabilitation of over 500,000 homes in low- and middle-income areas. According to Biden, two million affordable homes and commercial buildings would be built and renovated over the next decade as part of the initiative.

Biden is also calling on Congress to eliminate exclusionary zoning laws, which he says inflates housing and construction costs – an issue that has crippled homebuilders across the country for more than a year.

Biden wants homes upgraded through “block grants” – annual sums awarded by the federal government to a state or local body to help fund a specific problem – and through extending and expanding home and commercial efficiency tax credits.

Mortgage Rate Outlook May Be Improving*

Things have been bad for mortgage rates in 2021. That assertion has nothing to do with the outright level of mortgage rates–indeed, that’s still very low historically–and everything to do with the pace and duration of the rate spike. Like many things, there comes a certain point at which things have been bad enough for long enough that they can’t help but improve. Have we reached that point with the rate spike of 2021 and is today the proof?

Let’s not tempt fate, and let’s be realistic. As far as rate spikes go, there have been worse examples. In fact, even as recently as 2016, one could argue some of that movement was worse than what we’ve seen in 2021. And if we go back another few years, there’s no question that 2013 was much tougher than the current environment. Things can definitely be worse, and they could still get worse from here.

With all of the disclaimers out of the way, on to the good stuff. Both yesterday and today have been reasonably strong and resilient for the bond market. That’s a good thing because mortgage rates are primarily driven by day-to-day bond market movement. Perhaps more important than the friendly movement is the fact that bond yields (another word for “rates”) have remained under important ceilings since March 18th despite numerous attempts at a breakout. Specifically, we’re watching 10yr Treasury yields in the mid 1.7% range. To be fair, Treasuries and mortgage rates have diverged GREATLY in the past year, but Treasuries nonetheless tell us the most when it comes to identifying shifts in broad bond market momentum.

All that to say, the evidence for a supportive shift in the rate environment is beginning to mount. The shift could be underwhelming or short-lived, true. But almost anything is better than the first quarter of 2021. Simply drifting sideways at current levels would be a big victory.