How To Grow Housing Market Supply In 2021 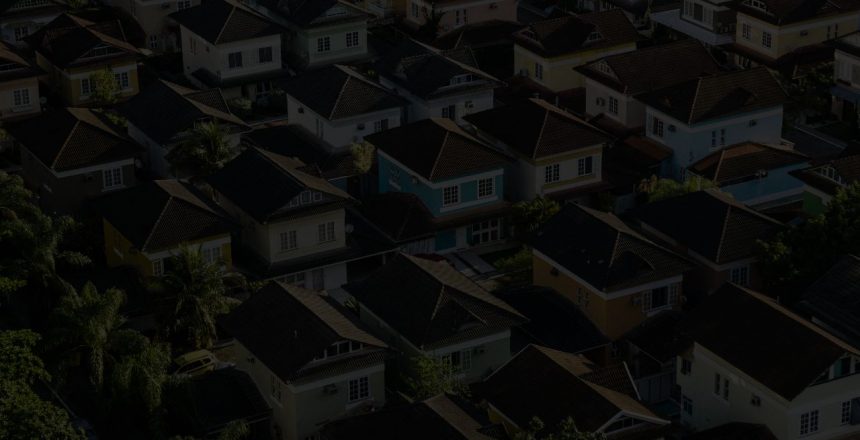 Welcome back to iLeads Mortgage Market Minute, where we bring you the latest, most relevant news regarding the mortgage market. We hope you enjoyed last week’s edition where we talked about The Downside Of The Hot 2020 Housing Market: Rapid Home-Price Growth. This week we’re bringing you:How To Grow Housing Market Supply In 2021

Even with low inventory, expect a strong 2021 housing market*

Homesnap expects the housing market to remain busy through springtime

Even prior to the pandemic, housing inventory had hit record lows, and the problem has only gotten worse as demand continues to rise. Total home sales are outpacing new listings by a wide margin every month, and real estate tech company Homesnap foresees the shortage continuing in 2021 unless more sellers enter the market.

The divide between supply and demand is striking: compared to last year, total new listings increased .22%, while total sales increased 19.29%. Homesnap said this trend could further drain inventory as 2021 approaches.

Home prices have risen as a result of the mismatch in homebuyer demand and housing inventory. The average list price for properties that sold rose 6.7% from September to October this year, which Homesnap said is significantly higher than the same figure in 2018 and 2019.

As median home prices keep rising, homeowners who originally planned to sell within the next three to five years might list their homes sooner, Homesnap said, freeing up more inventory.

Refi Rates Are Finally Back to All-Time Lows*

For some lenders, it was last week. For others, it was today. After months of waiting and multiple successive reports of all-time lows from other sources, the average lender is now finally back in line with the actual all-time lows seen on August 4th, 2020.

If I’m telling you that, and other sources have told you other things, how do you know who’s right? Actually, everyone’s right, as long as you understand the limitations and implications of their respective methodology. I went into significant detail on that a few weeks back (click here to read the piece in question) but the key difference is that my mortgage rate tracking adjusts daily–sometimes several times a day–so it was better able to capture the ultra low rates on August whereas it was lost in the averaging methodologies of other data aggregators.

The other consideration is that I weight my rate tracking according to refi demand, and refis got noticeably more expensive with the roll-out of the new refi fee–something that happened briefly in mid-August, but then began in earnest in mid-September (even if you read articles that suggest the fee could have been avoided as recently as Nov 30th, they’re wrong, and I’m right… I super duper promise).

So did anything new and different happen today to cause a drop in rates?

No, not even a little bit. If anything, it would be more accurate to label today’s rates as ‘unchanged’ versus yesterday. And in general, they haven’t changed much all month. That’s impressive considering the rest of the bond market has undergone a normal amount of volatility. It’s also a testament to the uncommon set of considerations facing rates at the moment. Bottom line: they’re still much higher than the bond market says they need to be because lenders can’t handle the business that would come in the door if they dropped rates any faster.

Following three months of increases, Fannie Mae’s Home Purchase Sentiment Index (HPSI), a composite index designed to track the housing market and consumer confidence to sell or buy a home, fell 1.7 points in November to 80. Year-over-year, the HPSI is down 11.5 points.

“This follows the HPSI’s recovery of slightly more than half of the loss experienced during the first few months of the pandemic,” he said. “Purchase confidence has recovered more for homeowners than for renters, in part because homeowners have been less likely than renters to have had their jobs and finances impacted by the pandemic.”

Duncan added that the gap between homeowner and renter subgroups hit a survey-high in August, and remains “elevated and well-above the survey average” in November.

Buyers and Sellers Divided as Pandemic Wears Down Housing Expectations*

After climbing for three straight months Fannie Mae’s Home Purchase Sentiment Index (HPSI) stalled in November, declining 1.7 points to 80.0. The index based on six questions from the National Housing Survey, was 11.5 points lower than in November 2019.

The two most closely watched components of the index are those which measure consumers attitudes toward buying or selling a home and they diverged during the month. Those who thought it was a good time to buy dropped from 60 to 57 percent while those who said it was not a good time remained at 35 percent. This left the net good time responses at 22 percent, a 3-percentage point loss for the month and 10 points lower on an annual basis.

Selling sentiments moved in the opposite direction. The percentage saying it was a good time to sell remained at 59 percent while those responding on the negative side decreased 2 points. This left the net positive responses up 2 points at 26 percent. The component’s score is still down 14 points from November 2019.

“The HPSI appears to have peaked for now as consumers continue to consider how COVID-19 impacts their ability to buy or sell a home,” said Doug Duncan, Senior Vice President and Chief Economist. “This follows the HPSI’s recovery of slightly more than half of the loss experienced during the first few months of the pandemic.

“Drilling down a bit, home purchase confidence has recovered more for homeowners than for renters, in part because homeowners have been less likely than renters to have had their jobs and finances impacted by the pandemic,” Duncan continued. “Interestingly, the gap between the HPSI broken out by the homeowner and renter subgroups hit a survey high in August but, despite narrowing slightly, remains elevated and well above the survey average.”

Economic growth will be better than expected thanks to the resilient services sector, Goldman says*

The U.S. economy will recover faster than expected in part because the sectors most susceptible to the most recent coronavirus spread aren’t taking as severe a hit, according to Goldman Sachs.

Separate analyses the firm has published over the past several days indicate a fairly strong growth path ahead. GDP in 2021 is projected to increase 5.3% compared to a 2020 drop of about 3.5%.

Economists have been worried that the aggressive spread of Covid-19 cases will exact an especially large toll on the battered services industry, but Goldman said data is “so far inconsistent with this view.”

“While many services industries saw large declines in activity in the initial stages of the virus, only the most virus-sensitive sectors have shown meaningful sequential declines in November, with most other industries close to or at their peak levels since the start of the pandemic,” Goldman economist David Choi said in a note.

“While still early, the data so far suggest that very high levels of virus spread may ultimately translate to a surprisingly small hit to overall activity this time around,” he added.

Services make up a huge part of the American economy. While the consumer accounts for about two-thirds of gross domestic product, services account for about 61% of all that spending. However, the level of services expenditures was off about 17% in the third quarter from the same period a year ago.

Despite the overall downturn, the services sector has been on the mend, expanding for six straight months. In November, the ISM Services Index registered a 55.9% reading, indicating the level of firms reporting expanded activity. That was below the October level but still in positive territory.

How to grow housing market supply in 2021*

Deficit financing might be the cure to the housing shortage blues

The U.S. housing market was the single best outperforming economic sector globally during the COVID-19 pandemic in 2020. The reasons for that are solid demographics and low mortgage rates, which will not change much in 2021. Due to the solid demand for homes, housing market supply for both new and existing homes are at all-time lows.

New Housing Market Supply
The monthly supply for new homes is currently at 3.3 months. This matters because builders like to see monthly supply below 6.5 months to have the confidence to continue building. If supply goes over 6.5 months, builders will halt the rate of growth for new construction plans as they did in 2018 and again for a brief period this year.

For now, though, the low inventory means housing starts have legs to move higher. Keep this rule of thumb in mind for the future, below 4.3 months; the builders are very excited; from 4.4 -6.4 months, the builders are ok with construction as long as new home sales grow. Above 6.5 months, Houston, we have a problem.

Existing Supply
Existing housing market supply is also at all-time lows. We had a temporary increase in housing supply due to the lack of activity from COVID-19, which was quickly ended as housing activity picked up after a few weeks.

Unsold inventory sits at an all-time-low 2.5-month supply at the current sales pace, down from 2.7 months in September and down from the 3.9-month figure recorded in October 2019.