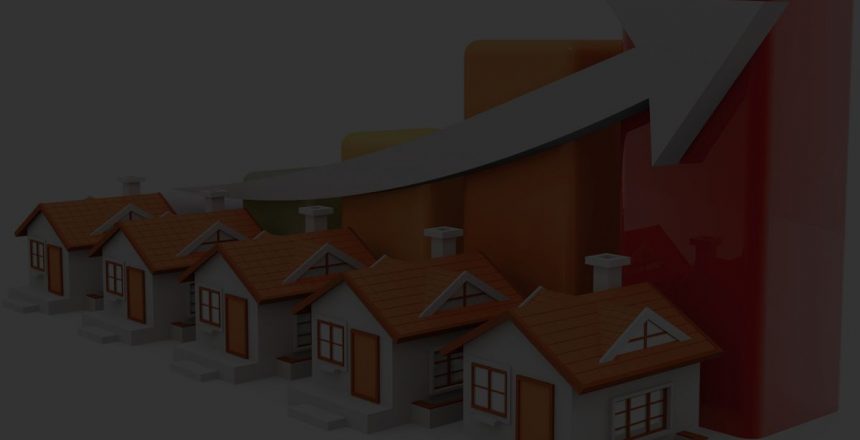 Welcome back to iLeads Mortgage Market Minute, where we bring you the latest, most relevant news regarding the mortgage market. We hope you enjoyed last week’s edition where we talked about Slow Start For Mortgage Rates This Week. This week we’re bringing you:

As of last Wednesday, mortgage rates were right in line with 1-month highs. They’ve drifted nicely lower since then and are now at their best levels in exactly 2 weeks. That leaves the average lender quoting conventional 30yr fixed rates just over 3% for ideal scenarios. As has been the case since last fall, an “ideal” mortgage scenario excludes almost any refinance transaction (a vast majority of which are subject to the latest adverse market fee imposed by Fannie/Freddie and implemented by lenders between September and November).

Cash-out refinances add even more cost, and that’s before getting into the traditional mortgage rate “hits” like lower credit scores and higher loan-to-value ratios. At the end of the day, a prospective borrower without an ideal scenario could be a lot closer to 3.5% than 3.0%–just a reminder that everything’s relative.

Despite all the headlines about how millennial first-time homebuyers are at a severe disadvantage in the current housing market, the pandemic has boosted the fortunes of some.

A recent Redfin study on the housing market found that 31% of millennial first-time homebuyers looking to buy a home in the next 12 months were able to save extra money towards a down payment during the COVID-19 pandemic.

The pandemic has also sped up the homebuying timeline for 32% of the more than 1,500 prospective first-time homebuyers surveyed. Those participants said low mortgage rates played a key role in their decision to buy sooner.

The most common form of saving came from money set aside from millennial first-time homebuyers’ paychecks. Roughly 27% of those surveyed worked a second job in order to make a down payment, while 20% received a cash gift from a family member. Just under 20% sold stock investments for cash used in a down payment.

The U.S. personal savings rate soared to 33.7% in April 2020, up from a pre-pandemic rate of 7.2% in December 2019, according to the Federal Reserve Bank of St. Louis and the U.S. Bureau of Economic Analysis, which track the percentage of personal disposable income saved by Americans in any given month.

The popularity of remote work — and a fatter bank account, for some first-time homebuyers — is fueling demand for spacious homes, while also motivating people to move to entirely different areas, said Steven Majourau, a Redfin agent in California’s Central Valley.

“Roughly half of my clients are people moving to the Central Valley from the Bay Area because they want to live in a bigger home for less money, and a lot of them only need to commute into the city once or twice a week, if that,” Majourau said. “They’re selling a large condo or townhouse for close to $1 million — or a small single-family home for more than $1 million — in San Francisco, San Jose or the East Bay and buying a large house here in the Central Valley for around $700,000.”

The superlatives are getting tired – historic, record setting – but they have to come into play again with the March home price gains. A spokesperson for S&P CoreLogic Case-Shiller called the annual gains in those indices the highest in 15 years while the Federal Housing Finance Agency (FHFA) said the growth in its data was more than twice that posted a year earlier.

The Case-Shiller National Home Price Index increased at an annual rate of 13.2 percent in March, 1.2 point higher than the annual rate in February. The 10-City Composite Index rose 12.8 percent compared to 11.7 the prior month while the increase in the 20-City Composite was 13.3 percent, up from 12.0 percent.

On a month-over-month basis, the National Index rose 1.5 percent on a seasonally adjusted basis and 2.0 percent unadjusted. The 10-City and 20-City Composites posted increases of 2.0 percent and 2.2 percent respectively before adjustment and 1.4 percent and 1.6 percent afterward. All 20 cities had monthly gains, both before and after seasonal adjustments.

Phoenix, San Diego, and Seattle saw the largest year-over-year gains again in March. For the 22nd straight month the greatest appreciation was in Phoenix at 20.0 percent, followed by San Diego at 19.1 percent and Seattle with an 18.3 percent increase. All 20 cities reported higher price gains in the year ending March 2021 versus the year ending February 2021. Prices were strongest in the West with a regional increase of 15.1 percent, but every region rose by double-digits.

Home prices accelerated yet again in March, for the 10th straight time. In fact, they rose 13.2% from March 2020, according to the most recent S&P CoreLogic Case-Shiller Home Price Index report.

The March gain is also the largest since December 2005 and is one of the largest in the index’s 30-year history, said Craig Lazzara, managing director and global head of index investment strategy at S&P DJI.

The 10-city composite rose 12.8% year over year, up from 11.7% in the previous month. The 20-city composite increased 13.3%, up from 12% in February. Cities with the strongest home price gains were Phoenix, San Diego and Seattle — similar to last month’s Case-Shiller report.

“Home price data is consistent with the hypothesis that COVID-19 has encouraged potential buyers to move from urban apartments to suburban homes,” Lazzara said. “This demand may represent buyers who accelerated purchases that would have happened anyway over the next several years. Alternatively, there may have been a secular change in preferences, leading to a permanent shift in the demand curve for housing.”

Higher material costs, a lack of inventory and labor continue to drive demand, pushing up home prices. Robert Frick, corporate economist at Navy Federal Credit Union, noted that some builders are slowing production in hopes prices will come down as the supply chain recovers.

“The housing market dynamics are pushing up prices of homes to the point that new homes especially are increasingly out of reach for lower-income and even many middle-income Americans,” Frick said. “And unfortunately, a slowdown in starts and permits shows the new home supply, while much higher than pre-pandemic levels, will not be increasing soon.”