Experts Optimistic About Housing Market in 2021 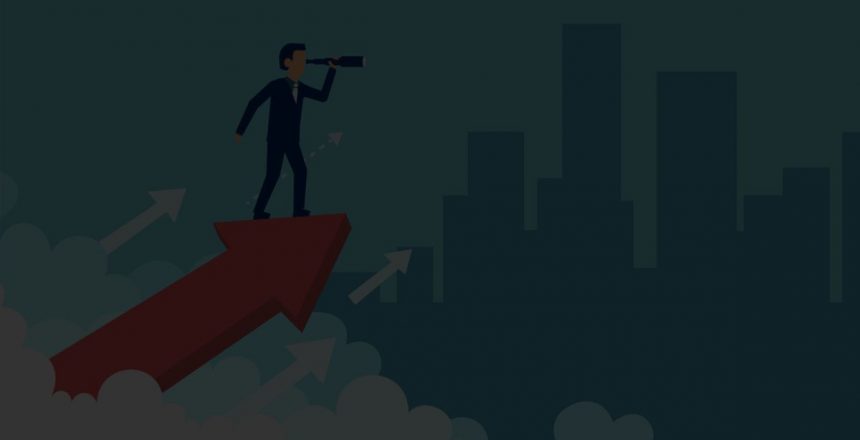 Welcome back to iLeads Mortgage Market Minute, where we bring you the latest, most relevant news regarding the mortgage market. We hope you enjoyed last week’s edition where we talked about Housing Industry Reacts To Yellen’s Confirmation. This week we’re bringing you:

When economic data goes parabolic, there is usually a story behind it. Housing data tends to be very sticky, so when housing numbers first fell and then went parabolic in 2020, we were witnessing one of the most extraordinary swings in data ever recorded in human history.

This chart from September 2020 is an excellent example of this behavior last year.

With that said, these parabolic moves are destined to moderate, and it is important not to over-read this moderation. This has been my theme since the summer of 2020, and back in September, I wrote this article about new home sales being hot, but not bubbly.

As I wrote then: “Don’t be surprised and lose faith if we get some negative revisions in our new home sales data as these last few prints were beyond normal hot.”

With new home sales, extremely short-term moves in the headline data in either a positive or negative direction typically get revised back to the opposite direction. You may recall that in 2018, big headline negative prints were eventually revised slightly higher, so the headline prints weren’t as bad as they seemed. Now it’s the other way around; new home sales went parabolic, we have seen some negative revisions, and sales are just working their way back to a more normalized trend.

In time, all housing data moderates to a trend, don’t make a mistake most novice housing people make by making this anything else more than that.

The current Mortgage Monitor from Black Knight looks at the recent small increases in mortgage rates and their potential impact on home sales. The company says that Treasury yields have been rising with the 10-year up nearly 0.25 percent just since the January 5 Georgia senatorial runoff. While the spread between it and the 30-year mortgage rates absorbed part of the increase, mortgages did subsequently rise by about 1/8th of a point. The January spike wasn’t an isolated event, the 10-year yield had eased up 40 basis points over the last five months of 2020. “Should yields rise further in coming months, they may begin to impact 30-year rates more directly, although the Fed’s bond-buying efforts are expected to insulate the mortgage market to some degree,” the report says. The 1/8th point growth of the 30-year rate doesn’t appear to have discouraged lending. Black Knight says rate lock activity remains strong with those tied to refinancing rising 10 percent during the first 15 days of January and are up 90 percent from the same period in 2020. This would make the January activity one of the strongest periods since the refinance boom kicked off early last year. Purchase rate locks also remain strong with double digit gains year-over-year.

Ginnie Mae announced its first guarantee of mortgage-backed security backed by digital pools, or pools of loans that consist entirely of eNotes.

The MBS were loans closed by Rocket Mortgage in December, are issued as of Jan. 1, 2021, and have coupon rates ranging from 2.5% to 3.5%. The total principal value of the digital pools came to about $24 million.

“The issuance of securities backed by digital pools validates the viability of the securitization model outlined in our Digital Collateral Program and sets the foundation for broader and more rapid adoption of digital mortgages,” said Angel Hernandez, Ginnie Mae director of policy and program development, who has spearheaded the company’s Digital Collateral Program. “This event is the culmination of efforts by numerous internal and external stakeholders in our digital initiatives, including issuers, document custodians, warehouse lenders, technology providers, and other industry partners.”

Ginnie Mae said it expects to see escalating levels of growth in the volume of eNotes securitized under its MBS Program for 2021.

In December, Rocket Mortgage became the first lender to use eNotes in closing a Ginnie Mae-backed loan as part of a pilot program.

Public and privately funded construction spending ended in 2020 with a 4.7 percent increase over spending in 2019. The U.S. Census Bureau said the combined outlays for the recent year was $1.430 trillion compared to 1.365 trillion the prior year. Residential spending, which increased significantly on a percentage basis in the public sector although the dollar amount remained relatively small, was an aggregate of $616.169 billion for the year, an 11.8 percent increase from 2019.

During the last month of the year, total construction spending was at a seasonally adjusted annual rate of $1.490 trillion. This was a 1.0 percent gain from November and 5.7 percent higher than the same month in 2019. On a non-adjusted basis, $112.706 billion in construction was put in place compared to $124.760 billion in November.

Privately funded construction in December was at an annual rate of $1.138 trillion, a 1.2 percent change from November and up 6.5 percent from December 2019. On a non-adjusted basis spending totaled $87,627 billion, down from $96.144 billion in November. For the year, private sector expenditures totaled $1.079 trillion, up 4.7 percent from the full 2019 amount.

Experts optimistic about housing market in 2021*

U.S. pending home sales dipped to the tune of 0.3% in December following a 2.6% drop in November, according to a report from the National Association of Realtors. It’s the fourth consecutive monthly decline, but many industry observers see big potential for the housing market in the year ahead.

“Despite some weakness in pending sales in recent months, existing home sales continue to happen at breakneck pace, and December’s pending home sales suggest that the housing market is largely holding onto these gains,” said Danielle Hale, realtor.com chief economist. “Greater participation of sellers and builders in the months ahead will make home sales possible while easing some of the pressure on price growth, which is currently rising at a double-digit percent rate and has been for almost six months.”

The overall drop in pending home sales over the final quarter of 2020 can be contributed to a lack of inventory in the housing market, according to Lawrence Yun, NAR’s chief economist.

“There is a high demand for housing and a great number of would-be buyers, and therefore sales should rise with more new listings,” Yun said. “This elevated demand without a significant boost in supply has caused home prices to increase and we can expect further upward pressure on prices for the foreseeable future.”