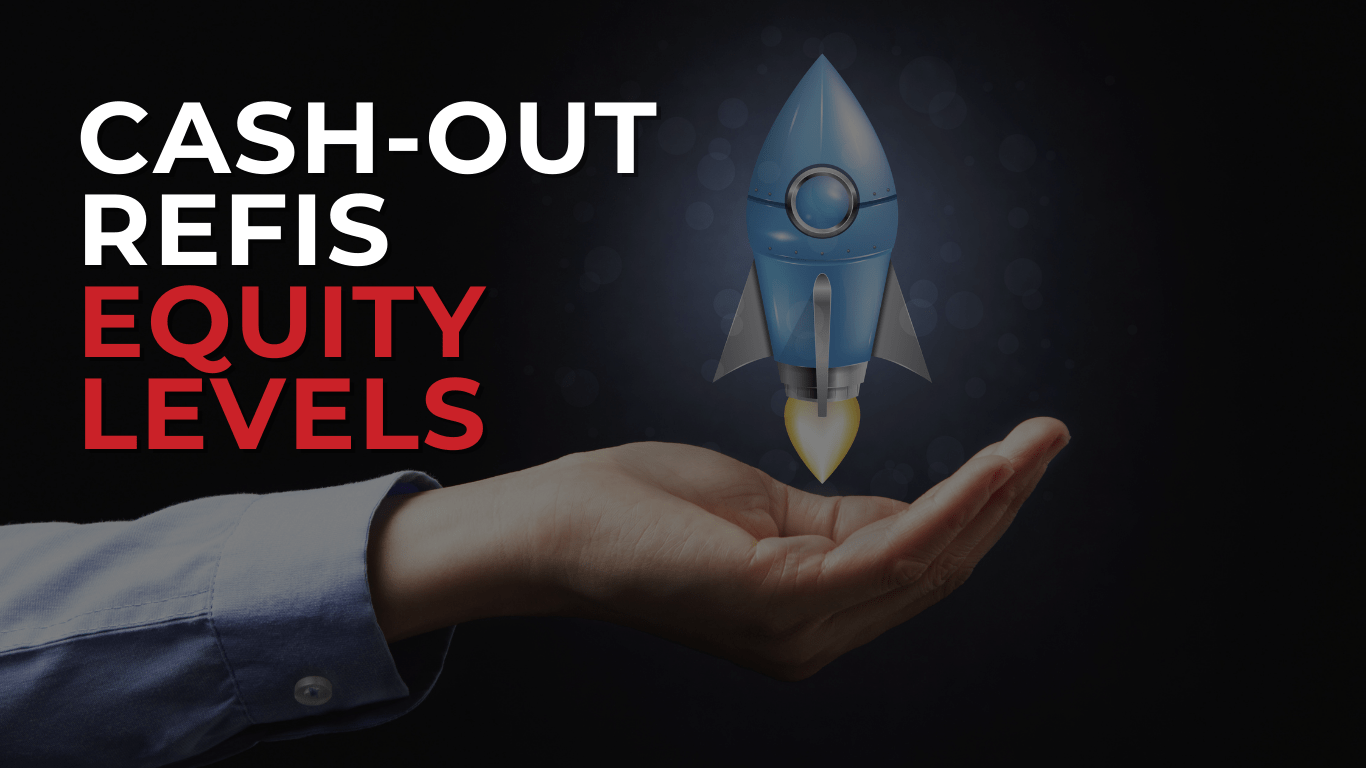 With the increase of tappable home equity, Black Knight predicts an influx of cash-out refis in the months to come. We hope you enjoyed last week’s edition where we talked about Nonbank Profit Margins Improve, But Expenses Are Up. This week we’re bringing you:

To advance mortgage lending, trust must take backseat to truth*

Source data eliminates the opportunity for fraud or error 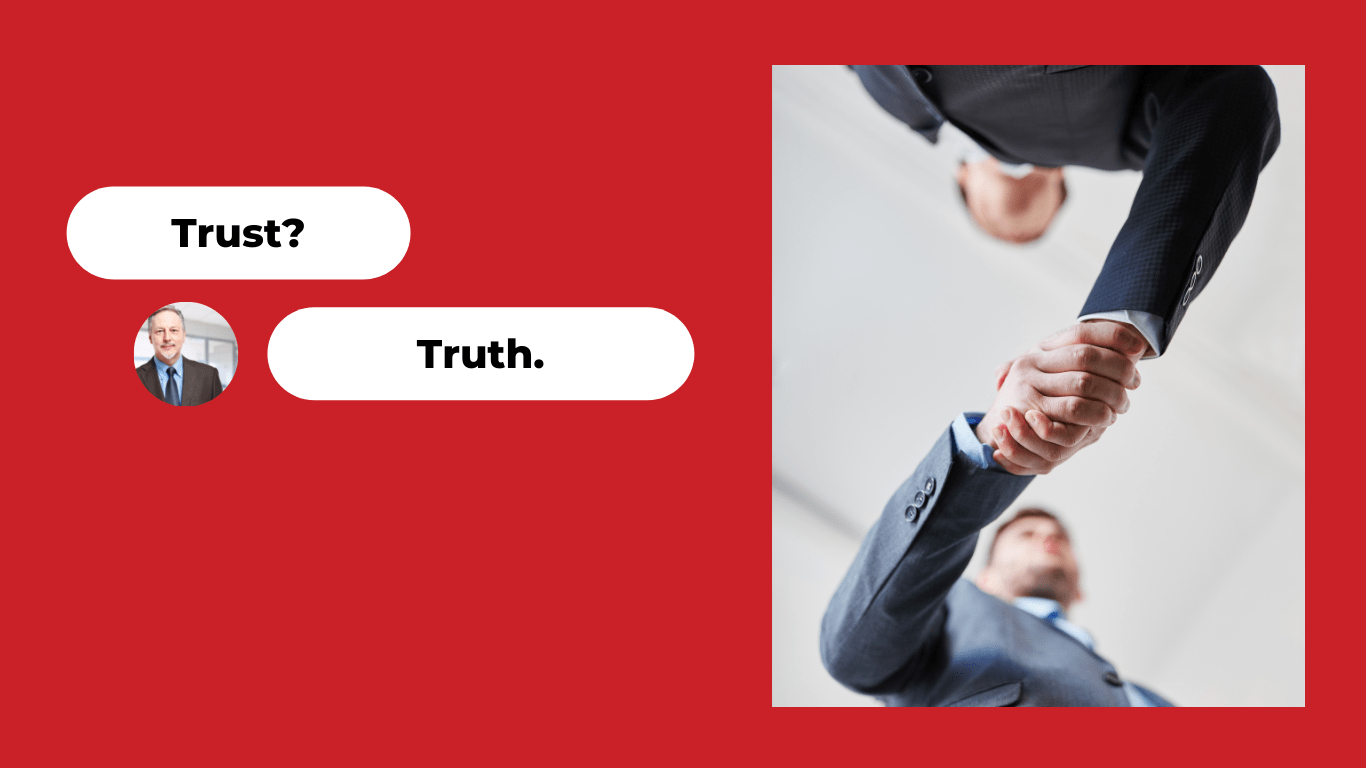 Once upon a time, loans were made on a handshake. That’s not just a platitude; before the Civil War, most Americans were self-employed, there was no federal income tax and banking was decentralized, making it practically impossible to verify a borrower’s employment, income and assets. The earliest iteration of the FICO score was still decades away, and information about borrowers’ past debts was scant and subjective.

When a person needed a loan to buy property or raise a new barn, unless he owned something valuable enough to offer as collateral, the loan was secured by little more than his good word and the threat of foreclosure. In other words, loans were predicated on trust, making them risky and hard to obtain, and homeownership was the exception rather than the rule.

As the American financial system grew more sophisticated, so did our ability to document an individual’s financial history and capacity — but it still wasn’t possible for a creditor to access and review this information in real time.

So mortgage lending morphed from a trust-based system to what could be called a “trust, but verify” model, to coin a favorite Russian proverb of Reagan’s. Lenders would use a borrower’s self-reported ability to pay (ATP) as the starting point for a loan application, but then they’d verify that information over the course of the origination process by calling employers, requesting tax transcripts and collecting bank statements.

The problem with the “trust, but verify” model, which is still used by many lending institutions today, is that it’s time-consuming and expensive. Lenders may engage three separate vendors to verify a borrower’s stated employment, income and assets, creating three sets of actions for borrowers and processors to complete and contributing significantly to the 48 days and $8,243 it takes to produce the average loan.

Consumers Gloomiest in a Decade, But Still A Great Time to Sell* 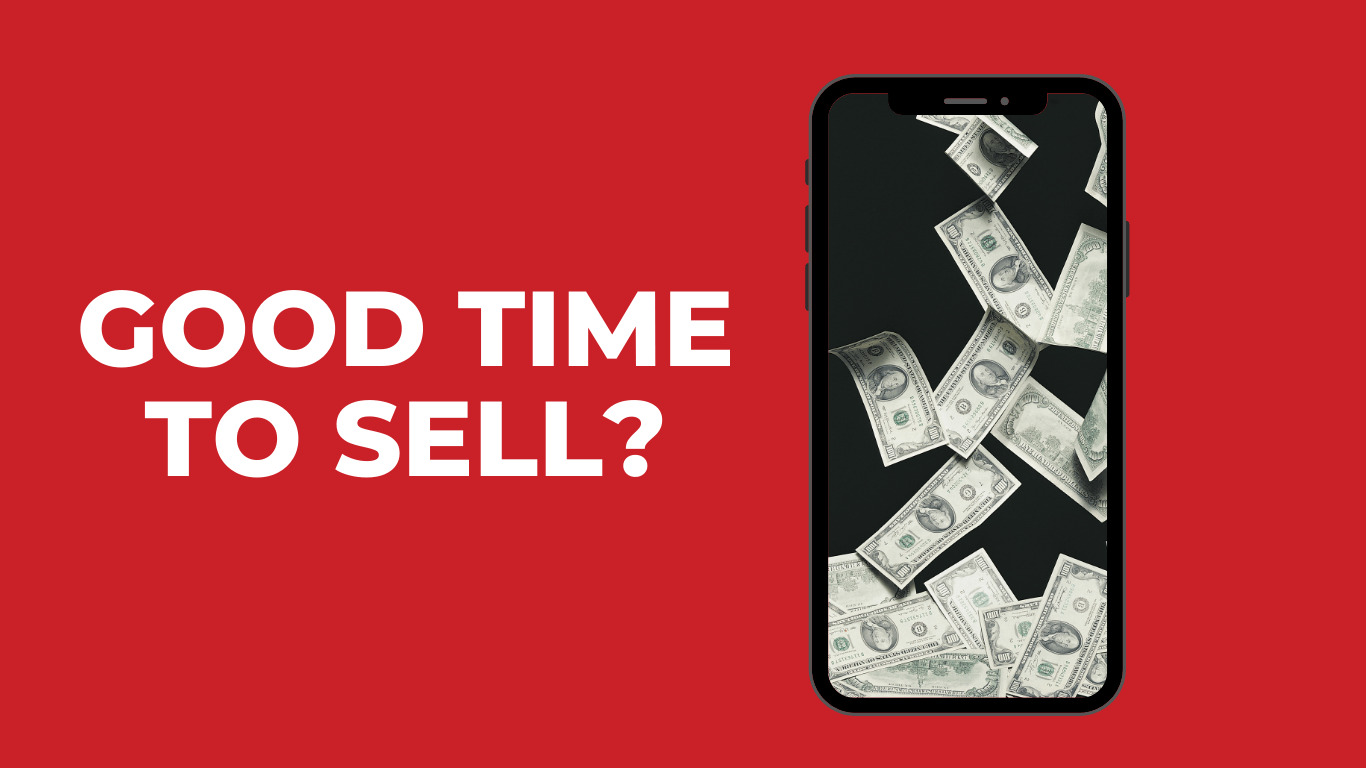 The chief finding from Fannie Mae’s November National Housing Survey (NHS) was an increase in consumer pessimism. The company says respondents to the right track/wrong track question expressed the most downbeat attitude in 10 years. Seventy percent of those expressing an opinion about the direction of the economy said it was on the wrong track, a 5 point month-over-month increase. Only 22 percent chose the opposite answer. 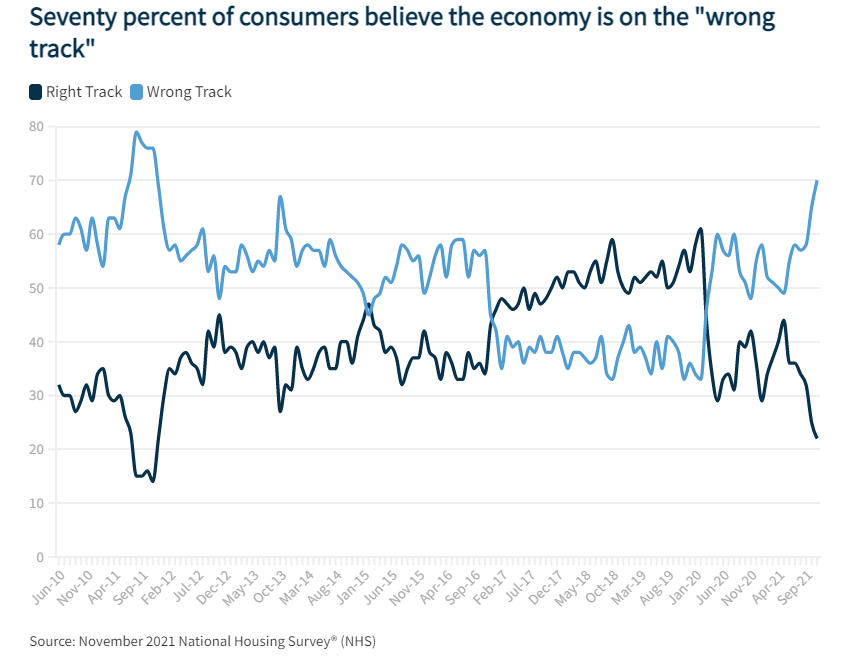 The right/wrong track question is not among the six that are used to construct Fannie Mae’s Home Purchase Sentiment Index (HPSI), but four of the six components that are decreased during the month. This brought the index down 0.8 points from October to 74.7, marking a 5.3-point year-over-year decline.

Consumers still overwhelmingly think it is a good time to sell, with 74 percent making that claim although the net positive answers declined by 7 points to 53 percent. This is still 27 points higher than the net in November 2020.

In contrast, consumer sentiment regarding buying is still in negative territory with only 29 percent viewing it as a good time to buy versus 64 percent who say it is not. The net positive of –35 percent is unchanged from the prior month but 57 percent lower than a year ago.

Cash-out refis are in high demand as equity levels skyrocket*

With the increase of tappable home equity, Black Knight predicts an influx of cash-out refis in the months to come

According to a report published by data vendor Black Knight this week, the third quarter of 2021 saw a nearly $250 billion dollar increase in tappable equity—a record. In turn, Black Knight predicts that there will be an influx of cash-out refis in the months to come.

“The aggregate total of $9.4 trillion is up an astonishing 32% from the same time last year and nearly 90% higher than the pre-Great Recession peak in 2006,” said Ben Graboske, data and analytics president at Black Knight. “That works out to nearly $178,000 available in tappable equity to the average homeowner with a mortgage before hitting a maximum combined loan-to-value ratio of 80%.”

Graboske added that the third quarter saw homeowners tap into their home equity at the highest rate in more than 14 years, with cash-outs making up 54% of all refinances, a 6% increase from the first quarter.

Overall, mortgage holders withdrew more than $70 billion in equity in the third quarter, equivalent to just 0.8% of available equity entering the quarter, the report said. Year-over-year, more than a million cash-out refis were originated.

The data vendor noted that the share of cash-out refis is poised to rise further if 30-year rates continue to trend upward in coming quarters.

Areas with the highest concentration of tappable equity in the nation are Los Angeles, San Francisco, New York, San Jose and Seattle.

Additionally, the report said that the monthly mortgage payment (principal and interest) to purchase an average-priced home with 20% down increased by close to 25% since the start of 2021.