5 Reasons Mortgage Rates Will Rise In 2021 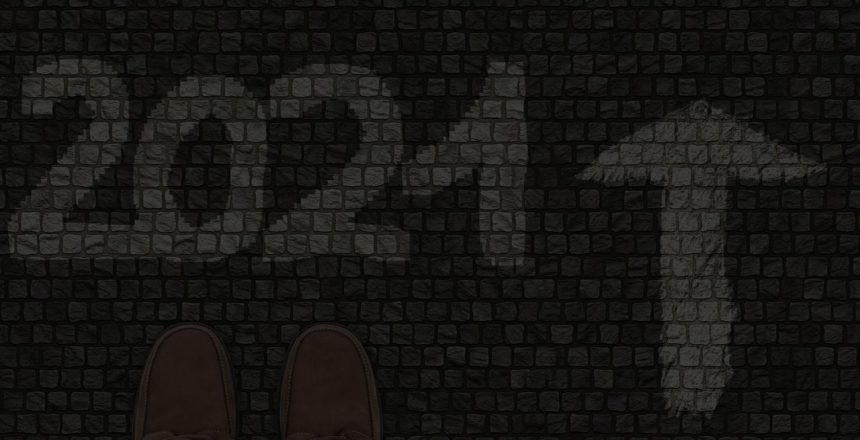 Welcome back to iLeads Mortgage Market Minute, where we bring you the latest, most relevant news regarding the mortgage market. We hope you enjoyed last week’s edition where we talked about The 2020 Refi Wave: Where Activity Is Strongest, Where It’s Not, And What’s Ahead. This week we’re bringing you:

For the first time in more than a decade we have the demand needed to prompt builders to really push housing starts. This growth in demand is consistent with what I have been saying for many years – if interest rates stayed low, good housing demographics in the years 2020 to 2024 would substantially drive up demand for housing, including new home sales. .

However, we did have a bump on the road getting here.

Compare today’s housing market with that in 2018, when mortgage rates were heading toward 5% and monthly supply went above 6.5 months. The monthly supply of new homes was mostly higher every month in the previous expansion (2008-2019) than any period from 1996-2005. At that time, the new home sales sector got so bad that I put it in the penalty box. Many assumed that this was the peak for new home sales – but I cautioned against this idea.

In December 2018, I wrote: “Despite the terrible optics for the new home sales market, I caution everyone not to assume that we have hit our peak and are heading for an epic crash in housing starts and new home sales. New home sales and starts are still very low.”

Forbearances Ending at a Faster Pace*

Black Knight said its weekly forbearance survey found the number of mortgages in active forbearance decreasing at an accelerated rate. Those mortgages fell by 2.6 percent or 95,000 loans over the last week, bring the decline over the last month to 357,000 loans. It was the fifth straight week of improvement and Black Knight noted that since peaking in late May, the total number of forbearances has fallen by 1.17 million or 24 percent.

As of September 22, 3.6 million homeowners remain in COVID-19-related forbearance plans, or 6.8 percent of all active mortgages, down from 7 percent last week. Together, they represent $751 billion in unpaid principal. Some 78 percent of those remaining loans have had their terms extended at some point since March.

There are 1.1 million plans still set to expire by the end of September as servicers work to assess them for termination or renewal. This is .6 million fewer potential expirations than a week earlier.

Refi Sugar High: How to balance your lending diet*

Stay in the purchase game even during the refi boom

As the Fed pulls out all the stops to stimulate economic activity, mortgage rates have reached record lows. In light of rampant uncertainty and economic hardship, homeowners are leaping at the opportunity to save thousands in annual payments, and the refi market is booming. This sounds like great news for lenders, for whom millions of newly refi-eligible mortgages mean a lot of new business coming in.

But just as we saw in the early 2000s, a boom is just that — a short-term rise, which will inevitably be followed by a drop. It’s like a sugar high: for about a half-hour, you get a rush of energy, and then you crash. Of course, no one knows when the refi sugar high will end, but we know it eventually will. When it does, will you be prepared for its potential shortcomings?

To help prepare, the industry experts at TMS have compiled a list of proactive steps to take to make sure that, when refi sweets are less abundant, your business will already be nutritious. You are what you eat, after all.

In all likelihood, the boom has given you more conventional refi volume than you can handle, and you’re devoting the lion’s share of your resources to processing them. You’ve probably staffed up on loan officers equipped to handle this influx, and you may be shunning riskier, less immediately gratifying business.

The growth of home prices nationally continued to accelerate in July according to the S&P CoreLogic Case-Shiller U.S. National Home Price NSA Index. The National Index, which covers all nine U.S. census divisions, rose 4.8 percent in July on an annual basis compared to a 4.3 percent year-over-year gain in June. There was 0.8 percent appreciation month-over-month before seasonal adjustment and 0.4 percent afterward.

The report notes that data for March through June out of Wayne County, Michigan (Detroit), previously unavailable due to coronavirus related office closures is now online. However, there were not enough records for the month of July to generate a current valid index for the Detroit metro area.

A conventional mortgage is a home loan that isn’t backed by a government agency. Non-conventional forms of financing include loans insured by the Federal Housing Administration (FHA), VA-backed loans, cash purchases and other types of financing such as the Rural Housing Service, Habitat for Humanity, loans from individuals, state or local government mortgage-backed bonds.

NerdWallet says conventional mortgages often meet the down payment and income requirements set by the GSEs Fannie Mae and Freddie Mac, and they often conform to the loan limits set by the Federal Housing Finance Administration (FHFA), the GSE regulator. Conventional loan borrowers who put at least 20 percent down don’t have to private mortgage insurance which is typically required with lower down payments or government-backed loans.

Let me be contrarian: Get ready, because mortgage rates are going to rise in 2021. Now before you respond, just read the rest as to why.

The Mortgage Bankers Association in its most recent forecast sees two things that stand out. First, 2020 will prove itself to be the second-biggest mortgage year in history. Topping $3 trillion will put it only behind 2003 in single-family mortgage production history.

Second, the MBA joined the GSEs and other economists who forecast a significant drop in mortgage production in 2021, with most estimating declines in the range of $700 – $800 billion year over year.

Some will try to argue, “but wait, Powell said the Federal Reserve would keep rates low for the foreseeable future! You must be wrong.” There is a difference here. Yes, the Fed will likely keep short rates low, but mortgage rates and some longer-term Treasuries likely won’t enjoy the same ride.

Here are the reasons why upward pressure on mortgage rates could stall the refinance wave and cut overall national originations volume in 2021:

1. The Fed: The Federal reserve is the single biggest buyer of agency mortgage-backed securities (MBS) in the world. According to the Urban Institute, “In March the Fed bought $292.2 billion in agency MBS, and April clocked in at $295.1 billion, the largest two months of mortgage purchases ever; and well over 100 percent of gross issuance for each of those two months. After the market stabilized, the Fed slowed its purchases to around $100 billion per month in May, June, and July. Fed purchases in July were $104.6 billion, 35 percent of monthly issuance, still sizable from a historical perspective.”