How to Increase Data Center Efficiency 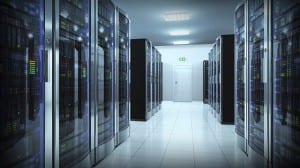 Data centers are designed for performance, reliability and capacity, and most of the time it is at the expense of efficiency. Most data centers end up wasting a substantial amount of energy which unnecessarily increases the operation costs. If this situation is not checked, finite resources can end up being exhausted, leading to a situation where an organization outgrows its data center.

With the cost of power now making up for a substantial percentage of operational expenditure in most data centers, organizations are now paying close attention to energy efficiency. According to statistics, the amount needed to power a typical server during its useful lifetime can now exceed the initial capital expenditure. This added to the fact that there is other equipment in data centers consuming power is giving a lot of organizations sleepless night.

In a typical data center, only about 50% of the power is used by the IT equipment. The rest is mostly spent cooling the systems down. Efficiency can be increased by reducing the power consumed by the cooling system. This can be done by eliminating any cooling inefficiencies and by upgrading the system so as to allow for variable cooling.

When cooling equipment in a data center, you do not necessarily have to maintain very low temperatures. Instead, you can concentrate on removing the hot air from the room before it circulates. By adopting hot/cold aisle configuration, you can prevent servers from drawing hot air from the adjacent servers, which can reduce the amount of energy used to cool the equipment by up to 20%.

Since data centers are designed for performance, most of them tend to waste a lot of power during low application demand periods. However, power consumption in these centers can be reduced by up to 50% by matching the server capacity to the actual load in real time.

Poor organization of patch cables is another cause of inefficiencies in data centers. Tangled cables can block flow of air and prevent the efficient circulation of cold air, leading to build up of heat. To avoid this, high-capacity cable managers should be used in data centers to organize patch cables.